A detailed study of 12 streams of stars swirling in and around the Milky Way will ultimately help shed light on our galaxy’s dark matter halo.

Astronomers have precisely mapped out 12 stellar streams in and around the Milky Way. These ribbon-like structures of stars moving in a coherent fashion are the remains of satellite galaxies or globular clusters ripped apart by our galaxy’s tidal forces. Tracking their 3D positions and motions will eventually help to chart the distribution of dark matter in the Milky Way.

Stellar streams were first discovered in the 1970s, but the number of known systems has increased spectacularly over the past years, thanks to programs like the Pan-STARRS 1 Survey on Haleakalā, Hawai‘i, and the Dark Energy Survey in the Chilean Andes. At present, astronomers know of almost 70 streams.

In a paper to appear in The Astrophysical Journal (preprint available here), a team led by Ting Li (University of Toronto) presents a detailed analysis of 12 of these streams. Using a fiber-optics spectrograph on the 3.9-meter Anglo-Australian Telescope in New South Wales, Li and her colleagues measured the radial velocities and chemical compositions of dozens or even many hundreds of member stars in each stream.

The team combined this information with data from the European Space Agency’s Gaia mission, which provides distance estimates and measurements of stars’ motions on the sky to yield a complete three-dimensional picture of where the streams are located and how they are orbiting the Milky Way. Li expects many more similar results for other stellar streams in the near future.

In an American Astronomical Society press conference on Tuesday, Li explained how the team’s Southern Stellar Stream Spectroscopic Survey project (S5) was able to distinguish whether a stream of stars came from a dwarf galaxy or a globular cluster.

Dwarf galaxies can experience multiple bursts of star formation, so their stars exhibit a larger spread in age and chemical composition. In contrast, the stars in a globular cluster were all born around the same time, so they have similar compositions. Since globulars are less massive than dwarf galaxies, they also have a smaller velocity spread.

Six of the 12 streams (ATLAS-Aliqua Uma, Jet, Ophiuchus, Phoenix, Willka Yaku, and 300S) turn out to be shredded globulars, while the other six (Elqui, Indus, Jhelum, Orphan-Chenab, Palca, and Turranburra) are the remains of satellite galaxies.

Most of the streams are on prograde orbits, meaning they orbit in the same direction as the Milky Way’s rotation. Three are on near-polar orbits, and only two (both globular cluster streams) have retrograde orbits.

“This is a tremendous effort to understand the stellar streams of the Milky Way,” says Lina Necib (MIT), who was not involved in the study. “Mapping out the streams is critical in a set of different fields.”

For one, such detailed observations will eventually shed light on our home galaxy’s feeding habits. Over billions of years, the Milky Way has grown fatter by gobbling up smaller systems. Galactic archaeology may reveal the details of this process, for instance whether or not our galaxy has gobbled up groups of galaxies at once.

Moreover, since the locations and motions of the stellar streams are fully determined by our home galaxy’s gravitational field, astronomers can use their motions to derive the distribution of dark matter in the Milky Way’s halo. Earlier work by Li and colleagues has already suggested that at least one stellar stream may have been perturbed by the gravity of nearby clumps of dark matter.

According to Necib, many stream properties are correlated with dark matter. “A lot of work still needs to be done in this area to understand such correlations,” she says. “This work provides the observations needed for a comparative study.”

However, Li warns that firm conclusions about dark matter probably won’t be possible before many more stellar streams have been analyzed, hopefully in even greater detail. “We are trail-blazers and pathfinders on this journey,” she said in a press statement. “It is going to be very exciting.” 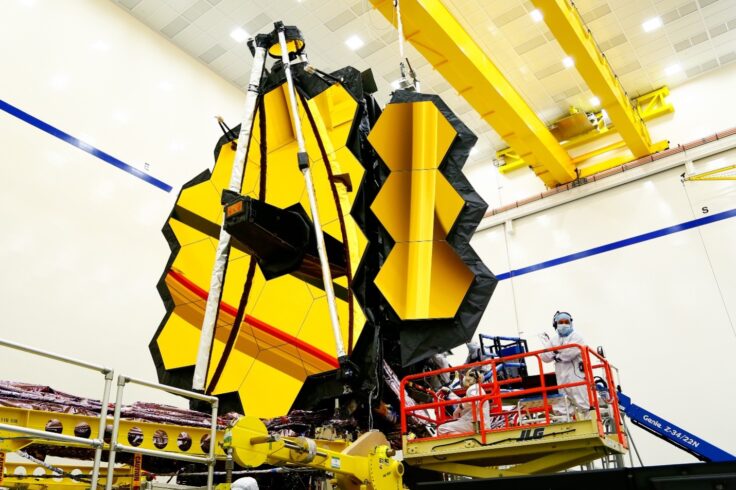