This is the time of year when Orion shines in the east-southeast after dinnertime. Although he's well up now, his three-star Belt is still nearly vertical. The Belt points up toward Aldebaran and, beyond Aldebaran, the Pleiades. In the other direction, the Belt points down to where bright Sirius is about to rise and twinkle furiously.

Got a first telescope for Christmas? Know someone who did? Read our advice! What to See with Your New Telescope.

The Moon is almost first-quarter this evening. Look above it at dusk, or to its upper right after dinnertime, for the Great Square of Pegasus. At dusk the Square is upright, as shown here. Later in the evening it turns to balance on one corner.

The first-quarter Moon (exactly first-quarter at 1:31 p.m. EST) shines in Pisces this evening, not far from 6th-magnitude Uranus. The Moon occults Uranus for Japan and parts of the Arctic.

No matter where you are, even under a dome of city light pollution, deep-sky objects await your binoculars. At least a few of them. One is the big Alpha Persei Association, now high overhead. See Gary Seronik's Binocular Highlight article and chart in the January Sky & Telescope, page 45.

As Gemini rises into nice evening view this season, with Castor shining over Pollux in the east, keep a telescopic watch on the red variable star R Geminorum: an unusual type-S star with a weird mix of rare elements. It's about magnitude 8.3 right now, on its way to a roughly 7th-magnitude maximum in February. See the article and finder chart in the January Sky & Telescope, page 51.

After the midnight cheering at the turning of 2015, step outside into the silent dark. Look south. There shines Sirius, the highest you'll see it. Upper right of it stands Orion. Upper left of Sirius is Procyon. Off your right shoulder, the gibbous Moon hangs in the west. And off your left shoulder, bright Jupiter dominates the east.

The waxing gibbous Moon shines in or near the Hyades this evening. Late tonight the Moon's invisible dark limb will occult (cover) Delta1 and/or Delta2 Tauri (magnitudes 3.8 and 4.8, respectively) for much of the southern and western U.S. Here is a map with timetables for each star's occultation.

Are you tracking Venus and Mercury yet? They're now just 2½° apart, in the afterglow of sunset low in the southwest. Brilliant Venus is on top. They're drawing closer together; they will appear closest, just 0.6° apart, a week from today.

Mercury is emerging into view deep in the glow of sunset. Look for it this week 2° to 4° to the lower right of much brighter Venus. Binoculars help. They'll shine higher and even closer together through the first half of January.

Venus (magnitude –3.9) shines low through the glow of sunset. Look for it just above the southwest horizon 30 or 40 minutes after sundown. The farther south you live, the higher Venus and Mercury will appear.

Mars (magnitude +1.1, in eastern Capricornus) still glows in the southwest during and after twilight. And it still sets around 8 p.m.

Jupiter (magnitude –2.4, in western Leo) rises in the east-northeast around 8 p.m. About 45 minutes later, fainter Regulus (magnitude +1.4) rises below it. By dawn they shine in the west-southwest — with Regulus now to Jupiter's upper left.

Saturn (magnitude +0.5, between Libra and Scorpius) glows fairly low in the southeast before and during dawn. As dawn brightens, look below it (by 11°) for Antares twinkling away.

Uranus (magnitude 5.8, in Pisces) and Neptune (magnitude 7.9, in Aquarius) are in the south and lower in the southwest, respectively, just after dark. Use binoculars or a small telescope and our finder charts for Uranus and Neptune. 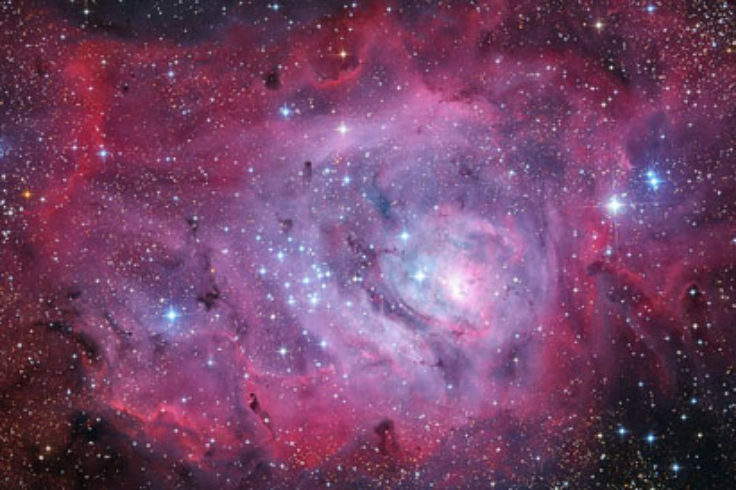