A Night to Remember

As the new year opens, let's raise a glass to the International Year of Astronomy, a year-long celebration of Galileo's first look at the night sky through a telescope in 1609. By today’s standards, the Italian scientist didn't have much of a telescope. Consisting of a yard-long paper tube and two pieces of glass, it was more of a spyglass than a telescope. But combined with Galileo's keen eyesight, it was telescope enough to locate the moons of Jupiter and the phases of Venus, and thus redraw the boundaries of astronomy for all time. 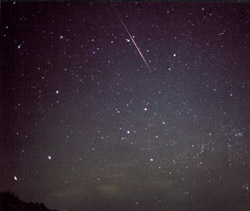 Four hundred years later I can hardly imagine anything more fun and relaxing than looking through a telescope. In this new weblog I'll often reflect on what I've seen over the years through my own collection of telescopes. But I want to start by talking about one wonder of astronomy that can be seen without a telescope — and it's one that launched my interest in astronomy.

It was July 4, 1956, and I was at Twin Lake Camp in Vermont when I saw my first meteor. It was a faint 2nd- or 3rd-magnitude slow-moving speck of dust probably thrown off from Comet Metcalf (C/1919 Q2), but it was enough to spark my lifelong passion for astronomy. A few years later, on the bitterly cold evening of January 2, 1962, I made my first attempt to view the annual Quadrantid meteor shower. I didn't keep records that night, but I doubt I saw many meteors. Nevertheless, I always think about the Quadrantids when a new year begins.

Twice during the 1980s, Rolf Meier, the famous comet discoverer from Ottawa, Canada, came by to visit at Quadrantid time. We tried to record the meteors and then use trigonometry to calculate their heights. When our solution gave an altitude of 6 kilometers, we knew we were doing something wrong! It's a good thing meteors don't usually survive that deep into the atmosphere; otherwise they’d be hitting airplanes all the time.

Because the Quadrantid shower has a very sharply defined peak in activity, three things must converge to make it a favorable year to view the meteors. The Moon must be down during the predawn hours; the sky must, of course, be clear; and the peak must coincide with those dark hours above a particular observing site. On January 3, 2004, I joined astronomer Clark Chapman and his wife for a Quadrantid watch from their home in Colorado. The fact that we were soaking in a hot tub kept us from being bothered by the subfreezing Rocky Mountain temperatures. 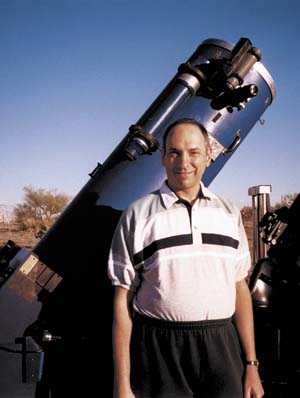 A brief spurt of 15 Quadrantids during 2006 sparked my decision to write an observing guide to meteor showers. As meteor showers came and went that year I wrote about them, and in the process I came to really appreciated how meteors can inspire people. The fleeting sight of a bright meteor captures the magic of the night sky in a very special way.

This year's Quadrantids peaked during the morning of January 3rd, and they were especially favorable for my location in Arizona. Usually during the half of the month that is Moon free in the predawn hours, I set up and run my automated comet-search program, which uses five or six telescopes. When they're all working, I log an hour or so of visual observing with Miranda, my 16-inch f/5 reflector. But Quadrantid night was different. After starting the automated survey, I sat down on a comfortable lawn chair and started counting meteors. Since I had seen four meteors while getting the survey setup, I had an inkling this was going to be a good night.

Quadrantid rates varied considerably. Sometimes there would be two or three meteors a minute, while others times I'd see only one in about three minutes. Twice I saw two meteors within a single second of each other! When dawn began, I stopped counting with a total of 88.

The next decent meteor shower this year will be the Lyrids in late April. I encourage everyone to go outside and get inspired as these tiny specks of cometary dust scratch the night sky.

I remember being in the Australian outback with David and his wife Wendee in November of 2001 watching the Leonid Meter shower. We saw over 1000 "Shooting Stars", the first two of which were extreamly impressive. Not only were they fireballs, streaming trails across the night sky, but we couls hear them go by. I felt like I could reach up and touch them.

I like reading David's books and articles. I hope to read Star Trails column in the next Sky&Telescope issue - there haven't been any recently 🙁
Thank you David for all you are doing for people and astronomy.

Sorry if this is too OT.

Has anyone had any luck seeing Comet Lulin? The waning moon is finally moving away from that part of the sky (Scorpius/Libra), but I don't know how bright the comet is. Weather permitting (at least Hawaii is warm!) I plan to try spotting it, using a 4.5 inch telescope and/or 8X42 binoculars. Unfortunately the sky in my area is pretty bright.

Supernova in M82 Passes Its Peak 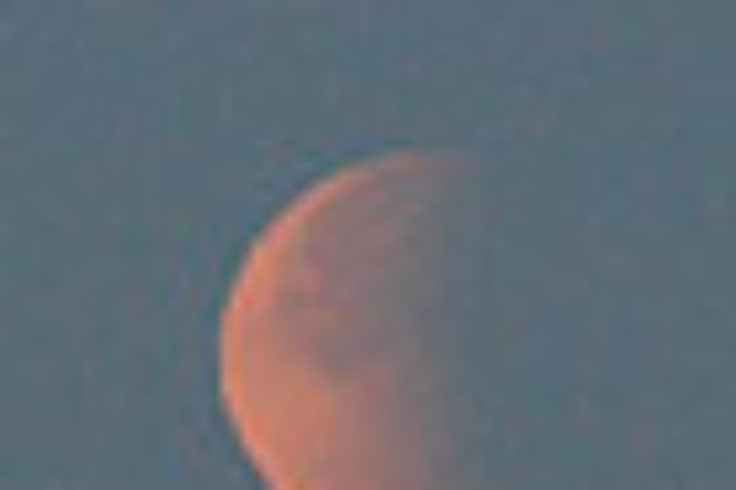