In 1843 the giant, unstable star known as Eta Carinae began shedding its outer layers, ultimately expelling at least 10 Suns’ worth of gas. That is roughly 10% of the star’s total estimated mass. The star brightened from obscurity to become the second-brightest star in the sky before fading away again to the limit of the naked eye.

Needless to say astronomers took notice, and ever since then they’ve been trying to explain this star’s sudden and mysterious violence. Sky & Telescope recently provided an overview of recent research on Eta Carinae — check out Keith Cooper’s feature article in the October 2016 issue on newsstands now — but now there’s one more surprise to add: the possibility of explosions before the famous Great Eruption of the 19th century.

Eta Carinae lies hidden behind the gigantic, still-expanding Homunculus Nebula, a double-lobed mass created during the Great Eruption. Yet astronomers are certain the star cloaked within isn’t alone. Its stellar companion weighs in at 30 solar masses and orbits the primary every 5.5 years in an oval-shaped orbit. Perhaps, some astronomers theorize, there may even have been a third star, which met an untimely death when it plunged into the primary star and brought about the 19th century explosion.

To peer deeper into this mysterious system, astronomers have been monitoring Eta Carinae for years. The Hubble Space Telescope, for one, has been keeping an eye on Eta Car since 1993, with the most recent observation taken in 2014. Megan Kiminki (University of Arizona) and colleagues are taking advantage of Hubble’s persistence to watch the star’s ejected gas fly outward in real time.

Kiminki’s team is studying the proper motions of gaseous clumps at the periphery of the Homunculus, measuring the clumps’ motion across the sky. Combining this information with spectra, which reveal motion toward or away from Earth, gives us the clumps’ three-dimensional movement in space.

Unsurprisingly, the team finds that the ejecta are flying away from Eta Carinae at hundreds, and in some cases more than 1,000, kilometers per second (2 million mph). What is surprising, though, is that if all the ejected clumps have always been traveling at the same speed, then they can’t have all come from the Homunculus-creating event: one, or perhaps two, eruptions went off before the 19th century.

The more likely eruption may have occurred around AD 1250, just before Marco Polo's first visit to the Court of Kubla Khan. The other ejection would have happened in AD 1550, just after Copernicus published his De Revolutionibus.

But constant speeds for outward-flung ejecta are far from a sure thing. For example, it’s possible that the incredibly fast wind now coming from the secondary star also existed in ancient times, whipping the clumps to higher speeds early on. If the constant-velocity assumption is untrue, then the theory of multiple outbursts stands on shaky ground.

“I'm open to the possibility of earlier eruptions if that is what the observations really tell us, but I am not 100% convinced yet,” says Thomas Madura (San Jose State University).

Another oddity: the gas clumps supposedly ejected in the thirteenth century lie entirely on the northeast side of the system, traveling toward Earth at an angle of 20-40&deg; out of the plane of the sky. There’s nothing similar on the star’s west side.

“It seems curious to me that if there were another major eruption in the 1200s, it would be so extremely asymmetric,” Madura adds. “This could perhaps be a sign that the mechanisms for each eruption were drastically different.”

Understanding those mechanisms is difficult in part because there’s no firm estimate of the mass ejected in ancient times. If Eta Carinae experienced earlier explosions before the Great Eruption, that leaves astronomers once again with the question: what caused Eta Carinae to blast away its outer layers without going whole hog supernova? And if the star is so unstable, why is it still here?

“I'm sure we'll still learn a lot about the late stages of massive star evolution by continuing to study [Eta Carinae],” Madura says. “It has a habit of surprising us.”.

Thanks, Monica, for a fascinating story on yet more mysterious developments with one of the sky's most enigmatic objects. But may I offer a criticism of something written by both you in this story and Keith Cooper in the October S&T story? It's a superficially minor matter, but emblematic of a deeper issue: The characterization of the orbits of the components of Eta Carinae as "oval". Ick. Not only is this incorrect (as both of you know) but it sounds dumbed-down to a level well below what I picture as the lowest common denominator of the great majority of S&T readers. In my nearly 60 years of subscribing to S&T, I have always admired its editorial policy of respecting its readership's level of scientific literacy by preserving scientific rigor rather than sacrificing it to accommodate readers who don't (yet) know certain terms or understand certain concepts. (For that matter, what person who reads S&T isn't going to understand the term "elliptical"?) For those who don't recognize a term, perhaps being presented with it will stimulate a little further reading, maybe a Google, leading to a little enlightenment on their part. Even if it's evidence that I've finally become a curmudgeon, I submit this out of respect for the magazine and its readers, and I hope you'll see my point.

Hi Howard, We appreciate your feedback, and we aim to keep to high editorial standards while at the same time using language accessible to readers. The term "elliptical" is a catch-all term that describes all orbits, including circular ones! That's why I used the term oval-shaped, so that I could characterize the orbits without adding the unnecessarily jargony term "ellipticity". While it's true that an oval (which doesn't have a precise mathematical definition) isn't always an ellipse, all ellipses are ovals, so it's not incorrect usage and moreover is far easier to translate into a mental picture. 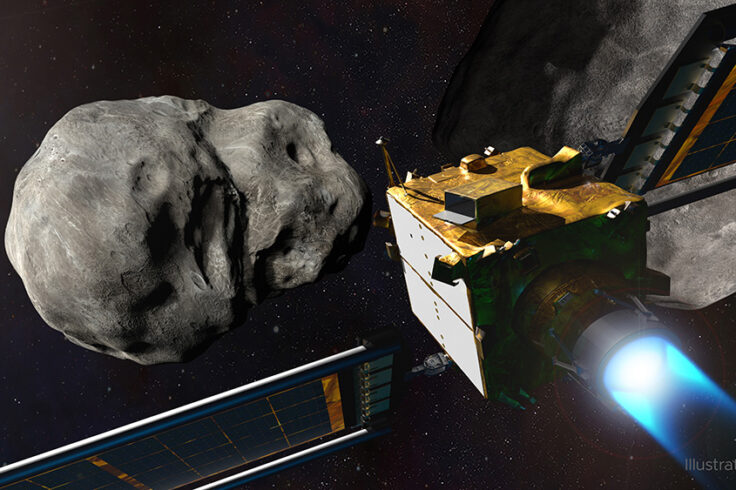