While it still isn't formally released yet, today Microsoft presented its first general-purpose astronomical software at the prestigiousTED Conference. The WorldWide Telescope (WWT) is a doozy of a program. It will be a free Internet-based sky-charting program for Windows that's an interesting amalgam of desktop-planetarium, telescope-control, and presentation software. 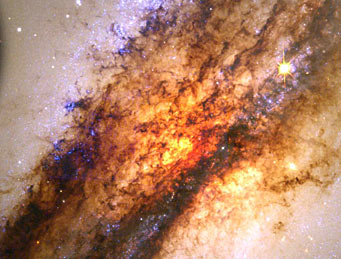 Soon, you'll be able to browse the universe, thanks to Microsoft.

The developers bristle when anyone compares it to Google Sky, but it is kind of like it. And when Sky was announced last year, it stole some of WWT's still-in-development thunder. I alluded to WWT in my blog and in my Astronomy Online column in the December 2007 issue of S&T, but that was all I could say about it at the time.

WWT has its origins in the "virtual observatory" concept, in which various datasets — stars, object catalogs, and sky surveys at various wavelengths — could be compiled into one enormous mass of astronomical information that astronomers could sift through and display selected portions. WWT sprung up from the foundations of Microsoft's TerraServer, a mapping utility incorporating aerial and satellite imagery that I noted eight years ago.

I first learned about WWT last year after contributing editor Gary Seronik saw developer (and amateur astronomer) Jonathan Fay demonstrate an early version at the Table Mountain Star Party. Over the next few months, Fay and Curtis Wong, the principal researcher for Microsoft's Next Media Research Group, had several conversations with me and Rick Fienberg about the software's potential. We were given an "alpha" version of the software. I haven't used it much, however. At the moment, WWT doesn't play well with the video on my work computer.

Besides being a sky browser that will connect to your telescope, WWT will also make it easy to create "tours." You can incorporate pictures, voice, and sound to make programs like PowerPoint presentations. Clearly this aspect has a lot of potential.

When I read the rumors of the TED announcement, I had hoped that perhaps a beta version of the software was ready. But no... you'll have to wait a little longer before you can play with WWT yourself. Until then, you can get a tad more information from the FAQ at the WWT site and watch this presentation from the TED Conference.

So, it's "web based" but only works with Windows. Any guess on how well this will work? Can you see a Microsoft Fatal Exception error on the moon?

Mike - judging from what I've read on the net - they say its web based but "only" works with windows because it uses a webservice with a PC client - noting unusual about that.

Why not save your criticisms until you actually see it

If you're looking for a free planetarium style program that's available right now, you should check out the Stellarium program. I use it all the time and it's completely free, though I'm sure it lacks some of the more robust elements of the upcoming Microsoft release. At any rate, it's a real neat program any astronomy lover should check out.

Mike Staller asked "Can you see a Microsoft Fatal Exception error on the moon?"

Had MS been around in the 60s, presumably that is what Armstrong and Aldrin would have seen in the seconds before the _Eagle_ touched down . . .

Per S&T "Astronomy Online" this web based software works on WinXP and Mac with an Intel chip. Per MS WWT web site a core 3 duo is required That should keep their servers from over loading.