This week, we give thanks for all the good things in life including a rare event — a full Moon on Thanksgiving. Make it your dessert after the big meal.

November's full Moon falls on the annual Thanksgiving holiday this year, the day when Americans celebrate a long-ago harvest feast held by the country's early settlers and native peoples at the end of a successful growing season. I did some digging and discovered that Thanksgiving full Moons are a rarity, with the last occurring on November 25, 1920, nearly 100 years ago.

It might seem strange to have to wait so long for this bountiful event, but it's understandable when you realize that November's full Moon can occur on any one of the month's 30 days. At the same time, those dates play hopscotch with the date of Thanksgiving, which runs on its own cycle from as early as November 20th to as late as November 30th.

Lots of almost-full Moons, hours or a day before or after the date of Thanksgiving have occurred, but a full Moon blazing over the majority of the country on Thanksgiving are rare as turkey's teeth. It happens next — for two of the four continental U.S. time zones — on November 27, 2042, and again, this time for the whole country, on November 28, 2069.

If that's got your curiosity stoked, take a look at just what a full Moon means. Full Moons occur when the Sun, Earth, and Moon are lined up in that order — the Sun shines squarely on the Moon's face, lighting it up completely. Or so it would seem. Anyone who's looked at the Moon through a telescope even at the precise instant of fullness has undoubtedly seen crater rims edged by shadow along either the north or south limb. Truth be told, absolutely full Moons are rare. Call it cosmic irony, but the Moon is only full when the aforementioned bodies are in an exact line, and that only happens during a total lunar eclipse when no direct sunlight illuminates the lunar surface!

The rest of the time the Moon can be anywhere from about 5.5° north or south of the Sun–Earth line because its orbit is inclined by that amount to the plane of the Earth's orbit, called the ecliptic. On Thursday night, the Moon will shine from Taurus 4.5° (near maximum) south of the ecliptic. Naked-eye skywatchers will see a perfectly round full Moon, but telescopic observers will notice the terminator running along the northern edge of the disk near the craters Pythagoras and Goldschmidt.

The moment of greatest full Moon occurs at 11:39 p.m. Central Standard Time Thursday, November 22nd. If you observe the Moon early that evening, the terminator will arc from the (celestial) east to north limbs, similar to the way it looks in the photo above. But at the time of greatest fullness, the terminator will be centered directly over the lunar north pole. By Friday, it will have swung around to its usual post-full Moon position on the (celestial) west side of the disk.

Observers can take advantage of these pseudo-full Moons to explore polar craters and other limb features in advantageous lighting.

Lunar features look pasty and "overexposed" at full phase, a phenomenon caused by a dearth of shadows, which disappear under the direct, face-on sunlight that illuminates a full Moon. Poor lighting or not, this is the best time to explore the myriad of small, shiny craters that look like radioactive Cheerios. These relatively young craters with crisp outlines and freshly-excavated crustal material haven't had time to darken from the effects of solar ions and cosmic rays, making them stand out like spotlights. They form a network of brilliant rings and dots across both the seas and highlands.

For binocular and naked-eye observers looking for fresh air and a stroll after sweet potatoes and stuffing, I've also included a map to identify the best-known lunar seas (called maria — MAH-ree-uh) and larger craters. If you have a telescope, you can use the two more detailed maps to pick out those tiny, bright "beacons" scattered across the Moon.

Whatever you do, don't let that full belly make you miss this special full Moon.

"...Pythagoras and Goldschmidt" I got out last night shortly after sunset and enjoyed viewing the waxing gibbous Moon, the terminator line and crater Pythagoras near the line using my 90-mm refractor. "The waxing gibbous Moon was lovely tonight with Pythagoras crater very distinct at 56x view." I also enjoyed viewing Fomalhaut, Mars, and Saturn with Titan. Sunset was near 1650 EST so I looked about 1720-1800 EST. Colder Thanksgiving here tomorrow for my location (Maryland), 32 for high and 19 for low. This morning I thought I saw some turkeys marching through my south pasture carrying signs that read "bring back bacon" 🙂

Rod,
I see you've already made your way to Pythagoras — good for you. Those are some very unique turkeys you spotted there.

Bob, up until 1941, Thanksgiving was the Second to the last Thursday in November and some states celebrated it on the last Thursday. It has been the fourth Thursday of November from 1942 on. This year's Thanksgiving is the earliest that can be observed. The dates for this holiday run from the 22nd to the 28th of November since Congress passed the bill in Dec of 1941 establishing the method for determining when it will be observed.

Hi Tom,
Very true and thanks for pointing that out. I included the full range of dates since my search went all the way back to 1920 during which time Thanksgiving could occur on the 30th, for instance.

The history of Thanksgiving is complicated. This New York Times article is thorough and well referenced.

If folks read the Mayflower Pact, Jamestown Charter, and founding documents of St. Mary's City in Maryland (1637 Roman Catholic group), the founding documents with Christian/Bible religious emphasis is controversial for the culture today and difficult to understand perhaps for many. I did observe the nearly Full Moon at 1703 EST on Thanksgiving Day. It was quite lovely and I also observed the Moon again, later at my house. It was a clear evening, colder temperatures 25 degrees or colder in Maryland.

I'm envious. Here in northern California first we had wildfire smoke, then an otherwise welcome rainstorm. I hope to see Juno before too long! 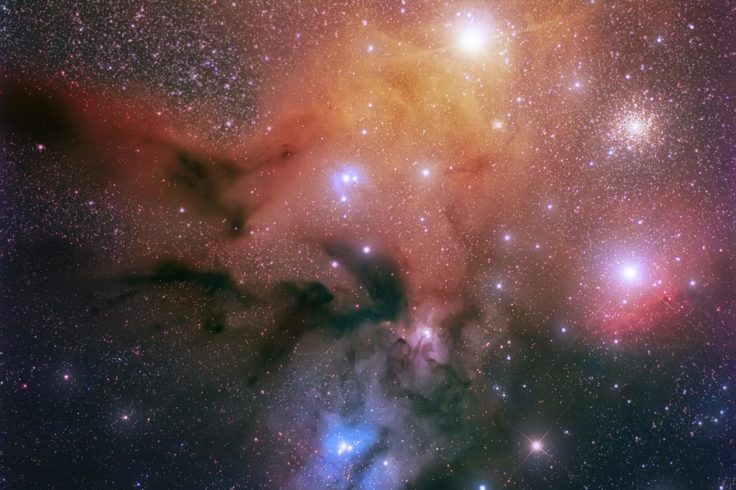