There are benefits to not having a backyard to observe in. When I go out with my telescope, I can look for a really good spot instead of having to settle for all the obstructions that plague most backyard stargazers. But it also means that every observing session requires advance planning — I can't just step outside on a whim. And that, in turn, means that I'm totally at the mercy of the weather forecast. An unforecast clear night might as well not happen.

Last night was the reverse: it was forecast to be clear, so I invested the 1.5 hours required to drive round-trip to my astronomy club's observing field. In fact, the clouds started to move in not long after I arrived. But that still left me enough time to accomplish my primary observing goal. 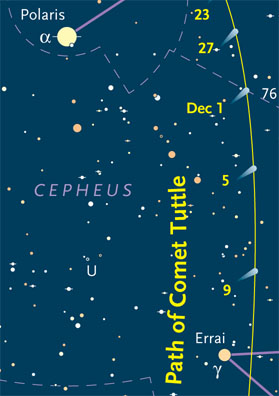 The full chart is on page 73 of the January Sky & Telescope — and will soon be on the Web in black-on-white format.

With all the (well-deserved) hoopla about Comet Holmes, it's easy to forget that another major comet is creeping up on us. The January issue of the magazine has a fine story about Comet 8P/Tuttle, but we've barely said a word about it on the Web. And it looks as though I've volunteered myself to post that story.

It's tricky to say when such a Web story should go live. On the one hand, our star charts are better than anything else on the Web, and it's a shame not to make them available. On the other hand, the Web is aimed at a broader audience than the magazine, and we don't want to encourage people to go out and look at a comet that will disappoint them. Only one way to make that judgment — have to look for myself.

I was pleased that I found the comet fairly easily using the chart in the magazine (excerpted at right). And that despite the rather poor suburban conditions: magnitude 19.2 per square arcsecond as measured by my Sky Quality Meter. But a showpiece it's not — not yet, anway. I could see it with direct vision at 40× in my 7-inch scope, but barely. With Comet Holmes as an alternative, only a hard-core comet-hunter is going to seek out 8P/Tuttle. Most hardcore comet-hunters subscribe to S&T, and the ones that don't know how to make their own charts.

So it looks as though I don't have to hustle yet. Comet Tuttle is brightening rapidly, but it'll still be a couple of weeks before it's of much interest to the broader public.

DEAR TONY, Please do post an article about 8/p tuttle. I don't yet subscribe to sky and telescope magazine but I want to be able to try and find tuttle in my scope. Jeremy

dear tony : it is not too soon to post observing comments about 8p tuttle . i have been following it since mid november. i might fall into the "hard core" comet chasers because i also have been following93p lovas and 46 wirtanen.
8ptuttle is showing a steady rise in magnitude and when imaged shows a distinct greenish tinge. i always look forward to your comments . thanks dennis 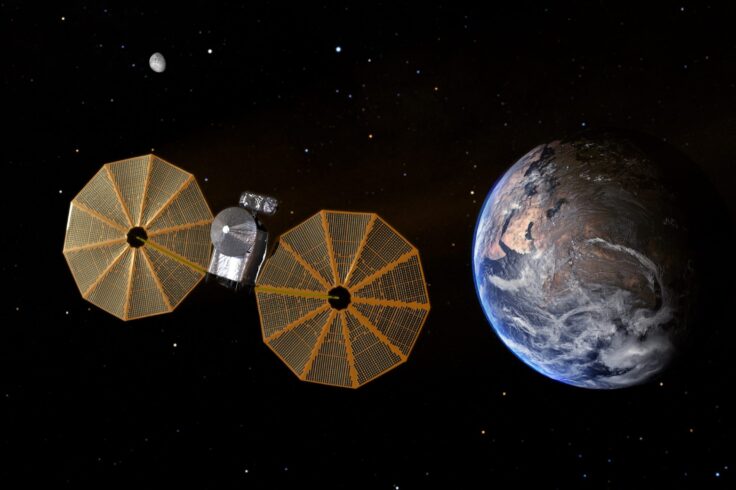