The Reliability of Visual Observing

People sometimes ask me whether visual astronomy — looking through a telescope's eyepiece, as opposed to photography or electronic imaging — still has any scientific value. The answer, somewhat surprisingly, is yes. Astronomy still has a few niches where visual observers make significant contributions. I'll give examples in future blog entries.

But visual astronomy has many drawbacks. One problem that's plagued it since Galileo's day is reliability. How can you be sure that another observer's report is honest and accurate? Indeed, how sure can you be of what you see yourself? It's a critical issue for anybody straining to see things on the edge of visibility. If you don't try at all, you're greatly handicapped. Try too hard, and you start to see things that aren't really there.

The most egregious cases are people who lie about what they see. Little better (maybe even worse) are people like Percival Lowell, who popularized the canals of Mars. His sin was lack of objectivity. The canals on Mars were controversial, and Lowell was hell-bent on proving their existence. With an attitude like that, he could hardly help seeing them, despite the fact that they don't really exist.

But even completely honest, objective observers can be fooled by optical illusions. Everyone sees the Moon as being bigger when it's near the horizon than when it's high in the sky. Knowing that this is false makes no difference; the illusion is wired into the human brain. 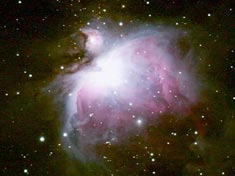 Photographs prove that the Orion Nebula emits lots of red light — but it's theoretically too faint to see. Are visual reports of red in this nebula real, illusory, or both?

An interesting controversy erupted recently on the Deep Sky Forum on Cloudy Nights — though the arguments have degenerated somewhat recently. Here's the situation.

Many if not most people see green tints in the brighter parts of M42, the Orion Nebula. There's no controversy about that. There is indeed green light, emitted by excited oxygen and hydrogen atoms, and it's bright enough to stimulate color vision. The observation is accurate.

Some people (including me) have also seen pink or reddish tints when observing this nebula through big telescopes. Enough people have reported this that we can be sure it's not just imagination. And there's also no doubt that a lot of the nebula's light is indeed red. But here's the kicker. Human eyes are notoriously insensitive to red light at low intensity. Laboratory experiments indicate that the red light in M42 isn't bright enough to stimulate color vision. People do indeed sometimes see red at low light levels, but its an illusion that can be created by any color light, not just red.

So it's possible that the red tints of M42 are both accurate and illusory! In other words, the nebula is red, and people see it as red, but there's no causal relationship between those two facts. Of course, it's also possible that the laboratory experiments are wrong, or don't faithfully replicate the real-world situation.

What a mess! It's really hard to think of experiments that can say for sure what's going on. But astronomy is full of such unexplained sightings.

For instance, there are the notorious "transient lunar phenomena," the ashen light on the unlit side of Venus, and reports by binocular observers that the visual disk of the Andromeda Galaxy stretches across 5° of sky. All of these defy scientific explanation, but have been reported by several reliable observers.

The Hazards of Uncontrolled Reentries from Space 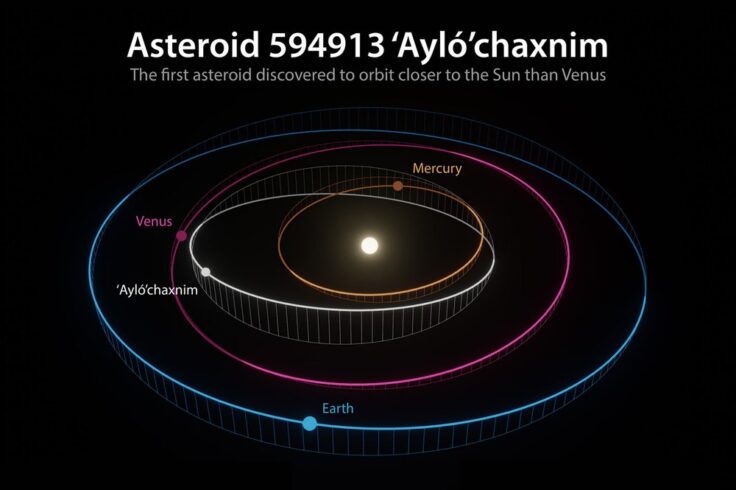