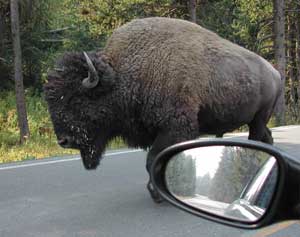 A bison takes a stroll well under the 45-mph speed limit inside Yellowstone National Park.

I'm back from a week at Grand Teton and Yellowstone National Parks where all had a good time. Unfortunately, weather and lack of stamina conspired to make conditions not conducive to stargazing. The –8 Iridium flare went unseen because we were more than 20 miles away from where I had calculated the predictions, and it was partly cloudy anyway.

But I did take lots of photos, such as the big guy at right that I captured leading his herd past the rental car as we headed to see some geothermal features. I took so many pictures that I had to buy an extra compact flash card, paying much more than I really wanted to. Among my photos are several series that I hope to assemble into panoramas. I've had modest luck stitching together photos, but I'm eager to try software that associate editor Gary Seronik showed me called Autostitch. It's a free program for Windows created by researchers at the University of British Columbia. The software seems impressive. Gary used it to create a mosaic from Apollo photographs of the Moon for an article in SkyWatch '07.

My brother-in-law gave me an old laptop a month ago. Initially, the sole thing I wanted to do with it was play pinball emulations and relive my high-school years at the Putt-Putt arcade. But last week I realized that I now have a PC that I can finally run Windows software and not have to worry about mucking up my work computer. From what Gary tells me, Autostitch isn't quick on sub-GHz computers like mine. No matter — I'll let it chug on some files while I watch the new season of Lost. 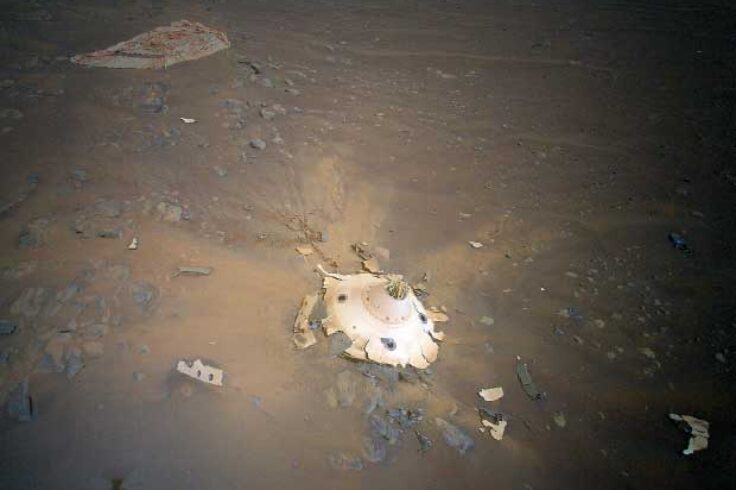 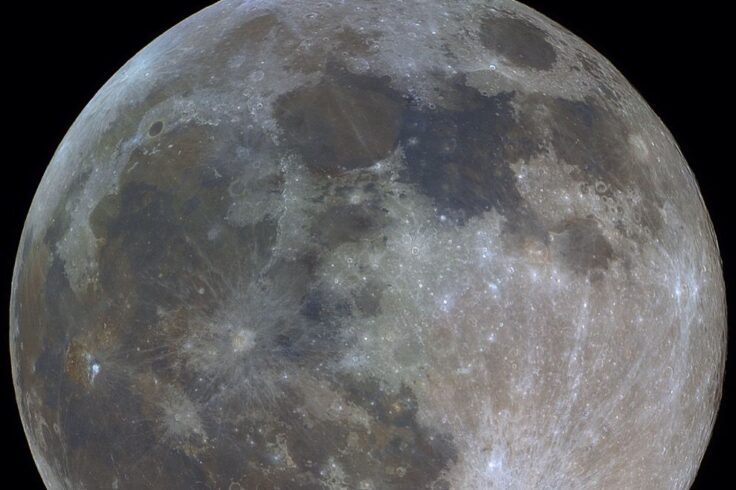