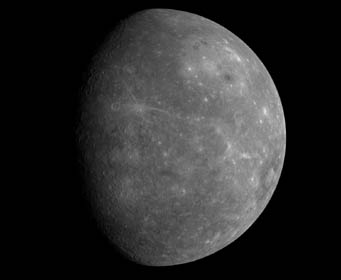 Now that NASA's Messenger spacecraft has revealed much of Mercury's previously unseen hemisphere, scientists are poring over the new data in hopes of deciphering the innermost planet's past.

Amateurs and other ground-based observers are also reviewing these new photographs with a sense of vindication. Because Mercury never ventures far from the Sun as seen from Earth, it's the only planet (besides Earth) that can't be imaged by the Hubble Space Telescope. This leaves amateurs and occasionally the rare observation by a professional observatory as the primary source of information about this enigmatic world.

According to Frank J. Melillo, who coordinates the Association of Lunar and Planetary Observers' Mercury section, this is an exciting time to be observing the planet. Modern cameras available to amateurs have revolutionized the quality of observations possible with modest equipment. Seasoned solar-system photographers such as John Boudreau, Ed Lomeli, and the late Erwin Van Der Velden have imaged what have now been confirmed to be crater ejecta rays (see the comparison below) similar to those seen on the Moon. 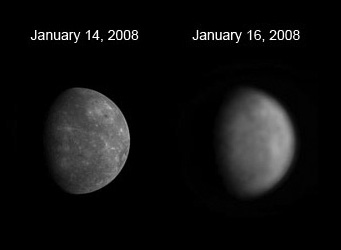 Two days after Messenger's flyby, amateur John Boudreau of Saugus, Massachusetts, recorded many of the same light and dark features with an 11-inch telescope and a webcam, shown at the right. The Messenger image at left has been resampled for comparison.

Still, you don't need to own a camera to contribute useful observations. Sketching is still one of the best methods to record your observations. All it requires is steady seeing, a modest telescope, and patience.

Although Messenger has revealed more of Mercury's surface, a lot of it has yet to be seen. Also, the spacecraft isn't going to orbit the planet until 2011, so the next two flybys will likewise offer mere glimpses of the surface, while observers can record the planet's appearance during each favorable elongation.

A good comparison might be observing the Moon. Have you ever noticed that crater rays are not visible throughout the entire month? I'd bet 10-to-1 odds that it's similar on Mercury. So even not seeing something is a valuable observation.

The next few years are going to be the most exciting for Mercury observers!

Where's the "comparison below" cited in the third paragraph?

Sometimes our image heavy site hiccups and doesn't load article images. I'm sorry about that. Try hitting refresh, or type a ? at the end of the URL. That should fix it.