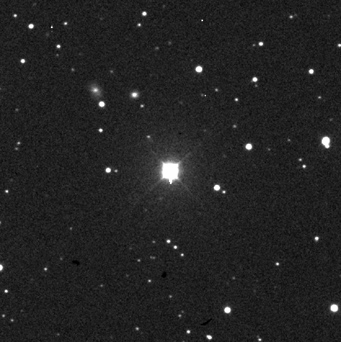 An 8th-magnitude nova was discovered on November 25, 2009, by Koichi Itagaki of Yamagata, Japan. The new star lies in northeastern Eridanus, 6.9° west-southwest of Rigel. In an e-mail sent late on the evening of November 28th, Sky & Telescope Senior Editor Alan MacRobert writes, "Just spotted the nova in my 10x50 binocs on their wooden shoulder frame. Barely visible through the bright moonlight at about mag 8.4."

The find was announced on CBET 2050, issued November 25th by the
Central Bureau for Astronomical Telegrams at the Smithsonian Astrophysical Observatory in Cambridge, Massachusetts. Itagaki was using an 0.21-meter (8.3-inch) patrol camera, but within 15 minutes he secured a confirming image with an 0.60-meter reflector. The nova lies at right ascension 4h 47.9m, declination –10° 11' (equinox 2000.0).

Soon thereafter, Ernesto Guido and Giovanni Sostero of Castellammare di Stabia, Italy, captured the nova with an 0.25-meter f/3.4 reflector operated by Global-Rent-A-Scope near Mayhill, New Mexico (see the image above). They found it to have an unfiltered CCD magnitude of 8.2 on November 26th near 8:40 Universal Time.

According to CBET 2055, followup spectra taken in Japan and in the United States (the latter with the 3-meter Shane reflector at Lick Observatory) show this object to be a nova of the helium-nitrogen type. It has fluctuated between visual magnitude 8.0 and 8.7 since discovery. But in their blog, Guido and Sostero cite prediscovery images by other teams suggesting the star became as bright magnitude 5.6 in mid-November. Unfortunately, nobody noticed it then.

Check the American Association of Variable Star Observers (AAVSO) site for additional reports on Nova Eridani 2009. The AAVSO collects magnitude determinations by skilled observers to aid in the study of novae and other variable stars, and their site offers guidance on the techniques involved. They have an online tool for creating finder charts of various sizes, including comparison stars (with magnitudes given to tenths, with decimal place omitted). For example, here's a finder chart for this nova, with a field 3° square.