In 2010, a mysteriously bright supernova appeared, later sparking a debate within the astronomy community. But new images of the now-faded supernova reveal an intervening — and until now invisible — cosmic lens, which magnified its light.

Supernovae are surprisingly dependable. Whether a massive star is collapsing at the end of its life or a small but dense white dwarf has collected too much additional matter, most explosions shine with a known intrinsic brightness.

But a supernova detected in August 2010 by the Pan-STARRS-1 telescope in Hawai’i appeared a little too bright for most astronomers’ liking. The supernova, PS1-10afx, erupted 9 billion years ago, when the universe was only one-quarter of its present age. It shone far more brightly (30 to 400 times greater depending on the type of supernova explosion) than expected for its distance.

But whether PS1-10afx was an unnaturally bright supernova that defies explanation or a typical supernova brightened due to a chance cosmic alignment — where intervening matter worked like a lens to deflect and intensify the background light — was highly debated.

A new study presented by Robert Quimby (University of Tokyo) and colleagues reports long-sought evidence of the intervening cosmic lens, a galaxy between us and PS1-10afx that until now has remained invisible. The detection not only ends the debate, but it also means PS1-10afx is the first distant supernova known to have been strongly magnified by a cosmic lens.

In addition, the discovery of the lensing foreground galaxy also allows the team to conclude that PS1-10afx is indeed a Type Ia supernova, the death cry of a white dwarf. Type Ia supernovae have known intrinsic brightnesses, and astronomers use them to measure cosmic distances and the universe’s expansion rate.

The authors of the 2013 discovery paper suggested that PS1-10afx was a superluminous supernova — a class of supernovae that are a factor of 10 to 100 times brighter than a typical supernova. These supernovae also have higher temperatures and larger physical sizes.

The problem is this: PS1-10afx doesn’t easily match these two additional characteristics. It was much redder than other superluminous supernovae, and there was no sign of it being a bigger blast. “New physics would thus be required to explain PS1-10afx as an intrinsically luminous supernova," says Quimby.

Rather, Quimby’s team has argued since the supernova’s discovery that PS1-10afx matched a typical type Ia supernova in every measurable characteristic, except brightness. So the astronomers advocated a second explanation, which "required only well demonstrated physics: gravitational lensing,” says coauthor Marcus Werner (University of Tokyo and Duke University, U.S.). “If there was a massive galaxy in front of PS1-10afx, it could warp space-time to form magnified images of the supernova."

In September 2013, the team set out to find the hidden galaxy by taking a closer look at the faded supernova’s location with the 10-meter Keck I telescope in Hawai’i. As they’d anticipated, they saw two sets of gas emission lines from two separate galaxies. One set is located at the expected distance of the supernova’s host galaxy (at a redshift of 1.3885); the other is directly in front of the host galaxy, shining roughly 8 billion years ago (at a redshift of 1.1168).

“When I saw Quimby's initial paper claiming this was a highly lensed supernova, I thought that it was an interesting hypothesis, but that his model was missing a key component: any plausible candidate for the lens,” says Ryan Chornock (Harvard-Smithsonian Center for Astrophysics), lead author on the discovery paper. “Now that he has detected a foreground galaxy along the line of sight to the supernova, it makes the lensing interpretation much more compelling.”

The lens galaxy was missed in previous studies because the more distant, host galaxy harbors a younger stellar population, causing it to shine brightly. “This makes the lens galaxy hard to see over the brighter glare from the supernova host,” says Quimby.

With the intervening galaxy imaged, the team checked whether it could magnify the supernova enough to match previous observations. The short answer is yes. The team found it fully capable of bending the background supernova’s light and producing four images of the lensed object — creating an extra-bright appearance.

Astronomers already use natural gravitational lenses to identify distant objects that would be too faint to detect alone. A survey conducted by the Hubble Space Telescope, for example, uses this very technique to find galaxies that formed a mere several hundred million years after the Big Bang.

But the team is especially excited about the potential to test cosmic expansion. Each magnified image, while from the same source, will arrive at a different time depending on the path it took around the cosmic lens. So any time delay between the images will be dependent on how fast the universe is expanding.

In principle, this is a way to directly measure cosmic expansion. "The discovery and selection method we have crafted may thus soon improve our understanding of our expanding universe," says Quimby. 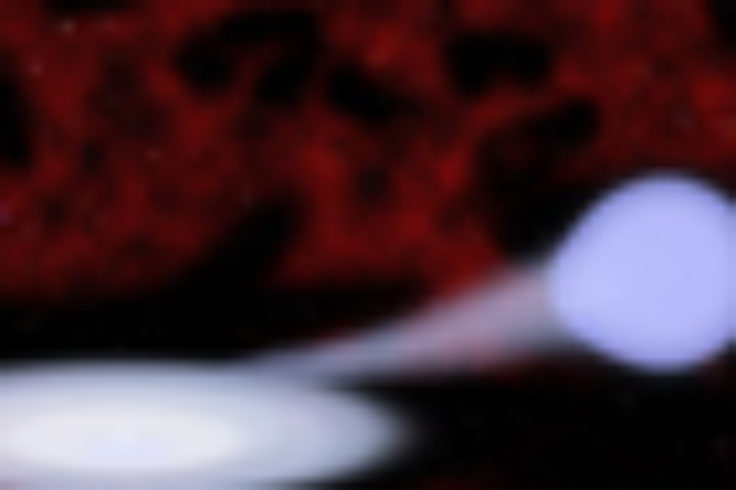 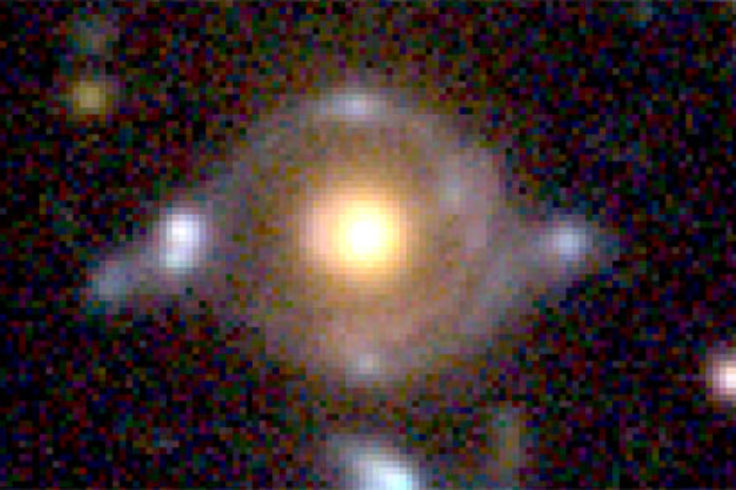 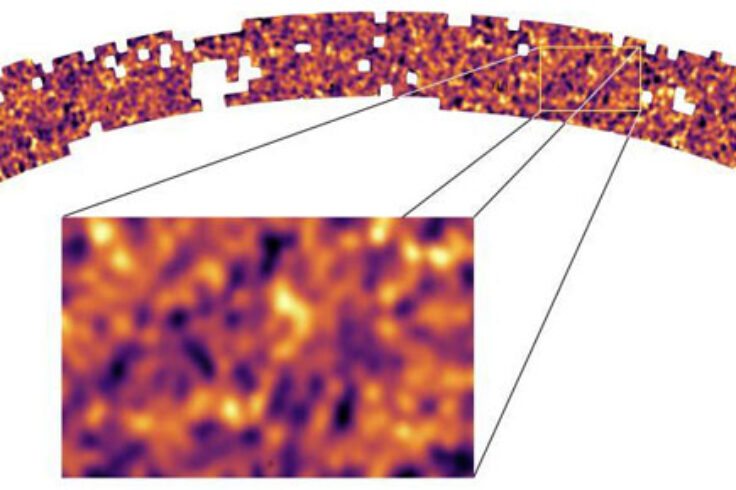