It’s been said that the 20th century was the golden era of astronomy, with the 21st century belonging to biology. Well, astronomy isn’t willing to give up its mantle just yet. Multiple detections of gravitational waves, exoplanet discoveries, and the thrilling exploration of the outer solar system — not to mention the most-watched celestial event of the country — number among the year's biggest astronomy news stories. Per our annual tradition, here's a recap of an exciting year.

On October 16th astronomers announced that the LIGO and Virgo gravitational-wave detectors had “heard” the brief signal of a neutron star collision. But that wasn’t all. The radioactive fireball that resulted from the merger also released electromagnetic radiation — light — so that for the first time astronomers could study light and gravitational waves emitted from the same source. Almost 4,000 astronomers, a third of the astronomical community, were involved in the discovery and follow-up observations. The find has big implications for cosmology and stellar science alike: Astronomers have already eliminated wilder theories of dark energy and questioned the origin of some gamma-ray bursts.

You may have heard that a solar eclipse passed across America this summer — for the month of August, it was all anyone could talk about! The entire continental U.S. was treated to a partial solar eclipse, and totality cut through 12 states, bringing what is arguably the most awesome celestial experience you can have to millions of Americans. Even at its longest, totality was a brief 2 minutes and 40 seconds. But for all who saw it, it was worth it.

The Cassini team has long known — and planned for — the spacecraft to end its mission by plunging into the planet it orbited for more than a decade. Program manager Earl Maize summed up Cassini’s demise perfectly: “Cassini is going out with an empty tank of gas at the very top of its game in a scientifically unexplored environment.” Indeed, the data collected during the Grand Finale orbits are still generating surprises.

Observers have chronicled celestial visitors for centuries, but they’ve never seen one quite like this. The space rock dubbed `Oumuamua (1I/2017 U1) whipped 24 million kilometers from Earth on October 14th before anyone even noticed. Only several days later did the sky-scanning Pan-STARRS 1 telescope sweep up the object — fortunately, before it left the solar system.

Calculations show that the space rock originated from somewhere in the direction of the Lyra constellation, swung around the Sun, and is now heading back out of the solar system. It’s possible `Oumuamua has been traveling between the stars for billions of years before passing us by. But it’s left mysteries in its wake: New observations are showing it to be a strange little rock.

6. Next Target for New Horizons Might Be a Binary . . . with a Moon

On January 1, 2019, New Horizons will speed by its next target in the outer solar system: 2014 MU69. Until then, the 27th-magnitude Kuiper Belt object remains undetected in all but the deepest observations. So New Horizons put together a recon mission to gather information via stellar occultations. Three stars briefly blinked out behind MU69 in June and July, although astronomers only captured two of the three tricky observations. They show that the object is irregularly shaped — probably a binary, two objects each 15-20 kilometers in diameter. More recently, new analysis of the data suggests that the binary has a companion — a small moon.

In 2007 astronomers discovered fast radio bursts (FRBs) —radio waves from an unknown origin that are so brief that some doubted their existence. What these bursts shared in common was a smear to their signal that indicated they’d traveled through the cosmos for a long time — and if they were so distant, their source must be powerful.

Tying these elusive signals to something astronomers could study remained out of reach until, in 2012, astronomers discovered one of these sources not like the others: most FRBs are single events, but FRB121102 repeated. And in January, for the first time, astronomers were able to trace this repeated source to its host galaxy: a star-forming dwarf galaxy. The discovery suggests FRB121102 is the signal of a newly formed neutron star.

NASA’s Juno just completed its ninth science pass of Jupiter, sweeping close above the Jovian cloudtops and continuing a mission that has given us a brand-new view of the king of planets. While the Jupiter Energetic Particle Detector Instrument (JEDI) radiometer probes the depths of the Great Red Spot, other measurements are delving into the planet’s core. The data so far suggests that the cartoon image shown of Jupiter in textbooks is wrong — rather than a small core of metallic hydrogen, the planet may have a “fuzzy” core that extends halfway to its surface. In the December issue, Fran Bagenal, who heads Juno’s plasma team, unfolds these and other results.

In February astronomers announced four more Earth-sized planets orbit TRAPPIST-1, a cool red dwarf star, bringing the total Earth-size planets in this system to seven. Three of them orbit in the star’s habitable zone, but with some speculation thrown in, all seven have the potential for liquid surface water.

Unfortunately, studies of the parent star show that its high-energy radiation might already have stripped the planets’ atmospheres, rendering them inhospitable to life.

10. Tabby’s Star Dimmed — This Time While We Were Watching

When a citizen scientist first pointed out the bizarre behavior of a star in the Kepler field, KIC 8462852 (nicknamed Tabby’s Star), it took some time for astronomers to analyze the data and figure out just how strange this star really is. Its random, deep dives in brightness baffled explanation, and by the time Tabetha Boyajian (Louisiana State University) and colleagues were able to analyze the data, the star had already settled down, acting as if nothing had ever happened. Speculation ensued, but what astronomers really needed was to watch the star’s brightness dip in real-time.

This year, Tabby’s Star has finally obliged, and observatories all over the world have been following it. According to Boyajian, we can expect a paper with the full details soon.

The year ahead holds much more in store for us too. Expect to see additional gravitational-wave detections with the next LIGO-Virgo gravitational-wave observing run, and perhaps we’ll see the first-ever image of a black hole’s silhouette. A slew of space missions await, too.

It’s sure to be an exciting year!

Choosing the top ten out of several dozen, was NOT easy.
Don't know how you did it, but thanks anyway.
LIGO was easily my top pick... the other stories just fell in behind.

And yes... Kip Thorne's Nobel Prize really resonated with me. 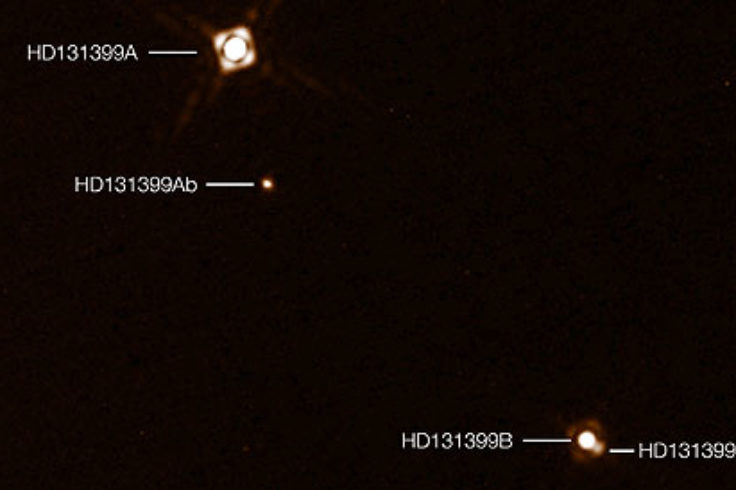 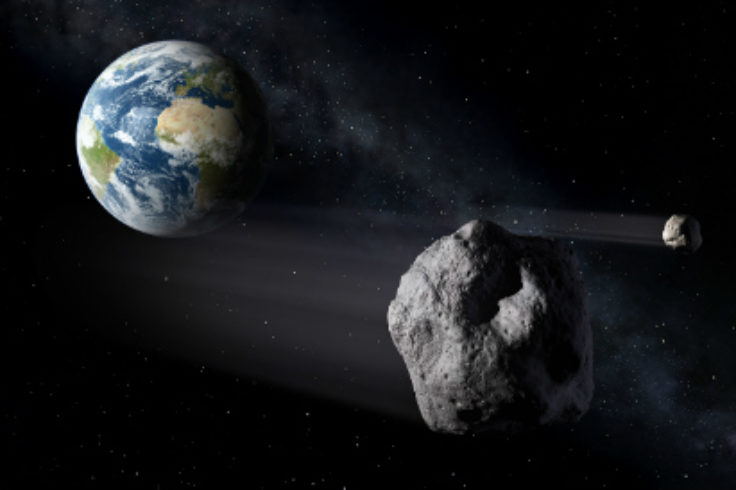 Paintballs Clarify What Happens When an Asteroid Hits Earth’s Ocean