When spacetime shivers last only a fraction of a second — as in the case of the massive-black-hole merger GW190521 — astronomers struggle to uncover their origins.

Studying gravitational waves is hard. These ripples in the stiff fabric of spacetime have only itsy-bitsy effects on our equipment, and often only for a second or less. Interpreting what created them is like using snatches of words to reconstruct a conversation on the far side of the room. As anyone who’s played with a box of word magnets can tell you, there are a lot of possible solutions.

A prime example of this complexity is GW190521. This event has puzzled and excited astrophysicists since its detection. Exact numbers vary, but GW190521 appears to have been the collision of a 90-solar-mass black hole with a 65-solar-mass one. These whopping objects lay in the forbidden zone of how big a star-made black hole can be: Exploding stars shouldn’t create black holes of roughly 50 to 120 Suns.

To determine the masses and other characteristics of objects involved in a given gravitational-wave event, researchers rely on a vast library of options. They feed the data into computational pipelines that compare the observations to millions of waveforms — that is, shapes of the waves’ wiggle, each describing a specific kind of merger — and see which waveforms pop out as the best match. Assumptions can change the outcome, and different pipelines may favor different results. This is why the LIGO-Virgo-KAGRA collaborations use multiple pipelines, and why independent teams find things they don’t.

With only about 0.1 second of data (that’s right! 100 milliseconds is all we have to work with), researchers can fit a whole slew of solutions to GW190521’s signal. And they’ve done so. The LVK collaboration settled on describing GW190521 as the merger of a pair of big black holes orbiting each other at wonky angles, causing the plane of their nearly circular orbit to wobble around. Others have considered highly elongated orbits and head-on collisions, or proposed that the mass estimates are wrong. They’ve also gone beyond the basics of the smashup to debate whether the black holes are the cores of exploded stars or second-generation objects built up by previous mergers, and whether the two might have come together in the fluffy skirt of gas around a supermassive black hole in a distant galaxy. (This last one has the potential for observational confirmation.)

Last month, Rossella Gamba (Friedrich Schiller University Jena, Germany) and fellow members of the Virgo collaboration threw their hats into the ring with a paper in Nature Astronomy. Instead of assuming the black holes began paired, they looked at what would happen if the black holes had grabbed hold as they flew by each other. A couple of close passes and a final collision suffices to match the data, the team found.

The authors paired their calculations with a statistical analysis, estimating how likely their capture solution is compared with the alternative that GW190521 came from two black holes inspiraling and merging with each other on near-circular orbits. They conclude that in order for us to believe that the event wasn’t a capture, near-circular mergers like that in the baseline LVK analysis would have to be 4,300 times more common than captures are.

But we don’t actually know yet how likely different scenarios are. And the true odds matter, explains LIGO astrophysicist Zoheyr Doctor (Northwestern), who wasn’t involved with the current study. “If I see something out of the corner of my eye that looks like a lot like tiger and less so like a basketball, I would still likely infer what I saw was a basketball, because they are much more prevalent than tigers,” he explains. (Especially in Chicago.) “The same could be true here: The data may look most like a hyperbolic encounter, but that could be counterbalanced if hyperbolic encounters like this are rare compared to other explanations.”

We’ll probably never know the exact nature of GW190521. But we might someday detect enough similar signals to be able to say how likely things that look like it are, and from there estimate how likely it is that GW190521 came from one category of events rather than another. As the collaborations ramp up to begin the next observing run circa March 2023, we can look forward to every scientist’s favorite thing: more data.

“If I see something out of the corner of my eye that looks like a lot like tiger and less so like a basketball, I would still likely infer what I saw was a basketball, because they are much more prevalent than tigers,”

That might be true but the context of the observing environment also needs to be taking into account. If you saw something out of the corner of your eye that was orange and had black stripes in the jungle in southeast Asia you would be more prone to infer tiger, simply because in the jungle you are much more likely to see a tiger than a basketball.

I'm certainly not an astrophysicist and can't comment what type of collision this might have been, but I do know that even if results may not be expected we need to be careful drawing conclusions from a single data point. 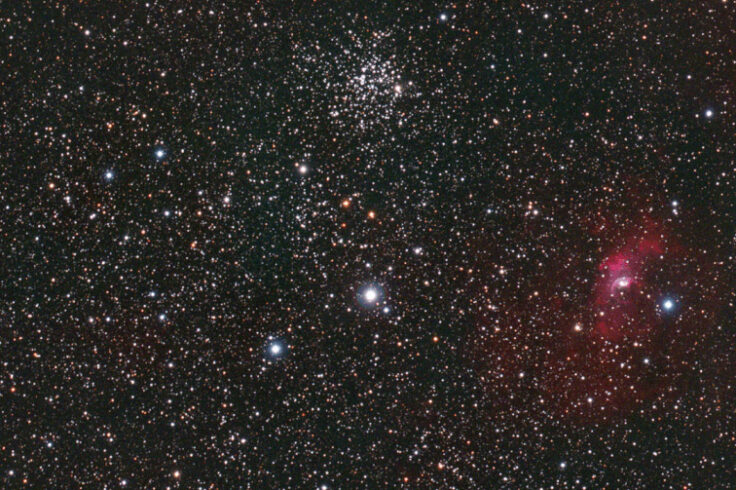 On Burnout, the “Green Comet,” and White Dwarf Stars