Jupiter spends most of its 2020 apparition in eastern Sagittarius, advancing eastward into Capricornus during the final weeks of December. As 2020 begins, Jupiter is visible in morning twilight and rises progressively earlier as each month goes by. By the end of April, the planet rises about 4 hours before the Sun. As we move into summer, Jupiter transitions to an all-night object, transiting the meridian at midnight (daylight-saving time). It reaches opposition on July 14th. During the first week of September, Jupiter is visible at sunset and sets near midnight (daylight-saving time). Finally, as 2020 concludes, the planet is setting in the early evening hours, its apparition essentially over for telescope users. Jupiter is in conjunction with the Sun on January 28, 2021, and re-emerges in the dawn sky early in February.

Jupiter's famous Great Red Spot (GRS) is much trickier to spot than the Galilean moons. Although it's quite large, the feature's low contrast can make it hard to discern unless Jupiter is quite high above the horizon and the astronomical seeing is reasonably steady. In addition, you need a good quality telescope of at least 4 inches aperture to see the GRS clearly.

Most important of all, you can only view the GRS when it's on the side of the planet that's facing Earth — and it's only reasonably easy to see within about an hour of the time that it transits, passing halfway across Jupiter's disk during each 9-hour and 55-minute rotation. Tables displaying the time of GRS transits are published each month in Sky & Telescope, and you can also use our Great Red Spot Calculator to find the predicted times for GRS transits.

I've seen the Great Red Spot several times with a 130mm reflector and a 127mm Mak. So it can be done with less than 6 inches. I've also seen the shadows on Jupiter from the moons. I've watched moons disappear and reappear, once while the GRS was in full view. Jupiter is an interesting object to look at.

Jupiter and Saturn will appear close to one another throughout 2020. On December 21 the two planets will be separated by less than 1/4 degree, low in the southwest during twilight. Jupiter catches up to Saturn in the sky once every 20 years, so this conjunction is worth observing. 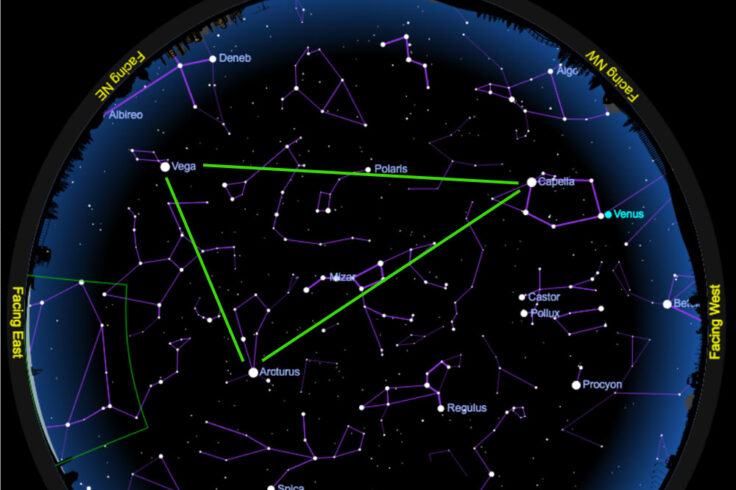