Clouds of star-forming gas trace a long, mysterious ripple through the Milky Way, upending our picture of the Sun's neighborhood.

Astronomers have found a gigantic, undulating wave of stellar nurseries in our galaxy, just outside the Sun’s orbit in the spiral disk. They don’t yet know its age or what made it, but it’s the largest coherent structure of gas clouds we’ve ever found in the Milky Way.

Our Milky Way is a giant spiral, its arms bedecked by giant clouds spawning stars. But it’s not a nice, flat pancake. Its stars, and the gas clouds they form in, all move in a large gas disk that has warps and crinkles. Astronomers charted a “waviness” in the inner galaxy as far back as 1960, and more recently they’ve found corrugations in the outer reaches that might be from a fender-bender with a tiny galaxy.

But the newly discovered wave is much closer: only about 500 light-years away at its closest point to the Sun. And it’s huge — so far, its mapped expanse stretches some 9,000 light-years.

It all started with graduate student Catherine Zucker’s quest to map the Milky Way. Zucker (Harvard) has been mapping the 3D locations of the galaxy’s stellar nurseries, using a variety of ground- and space-based observations. Stellar nurseries are like brilliant freckles that trace the features of a galaxy’s face — chart them, and you chart what the galaxy looks like.

Around the same time, João Alves (University of Vienna) came to do a stint as a fellow at Harvard’s Radcliffe Institute. He came with what Zucker calls “a kernel of an idea”: that two nearby, star-forming clouds of molecular hydrogen might be somehow connected.

Alves, Zucker, and their colleagues began mapping nearby clouds in earnest, seeing if they could find any connection. Based on how much dust lies between us and the stellar nurseries, and using superb position and motion data from the European Space Agency’s Gaia spacecraft to hone the measurements, they built a catalog of where various nearby nurseries lie.

But it wasn’t until Alves, Zucker, and Alyssa Goodman (also Harvard) were sitting around eating Indian food one Friday night that they hit upon the idea that changed everything — they decided to plot the clouds’ 3D locations in WorldWide Telescope, an open-source program that enables users to visualize data, from spacecraft locations to observations of celestial objects. (You can see the clouds here — open this link with the Chrome browser for full functionality.)

And that’s when it dawned on them: many of the stellar nurseries trace a giant wave, and this wave lines up with the Local Arm, the section of spiral that our Sun inhabits in the Milky Way. “It is the Local Arm,” Goodman said during a press conference earlier this month at the winter American Astronomical Society meeting in Honolulu. The team’s study also appeared online January 7th in Nature.

The wave looks like a strangely straight line from above; it’s only when seen from the side that the crests and troughs appear. These peaks rise some 500 light-years above and below the disk’s midplane. The wave includes major stellar nurseries familiar to skygazers — Orion, Perseus, and the North America Nebula. Watch a video exploration below.

The End of Gould’s Belt

Until now, astronomers thought that many of these nurseries traced a ring of starbirth around the Sun called Gould’s Belt. But it turns out the Belt was an overextrapolation, Goodman explains. The clouds between us and the galactic center don’t have any connection with those on our other side, where the wave lies.

Figuring out which objects group together has long been one of the most vexing problems facing those who work on the Milky Way’s structure, says Robert Benjamin (University of Wisconsin, Whitewater), who wasn’t involved with the new research. The high quality of the new distance measurements is an important advance.

Stars in these clouds are just a few million years old, still traveling with the gas but visible enough that the team can use them to track the clouds’ motions, Zucker explains. Based on these data, the researchers know the wave moves as a coherent structure, and it doesn’t seem to be a static thing or frozen into the galactic disk, like a ripple of chocolate baked into a cookie. Instead, the astronomers think the wave is actually oscillating, circling the galaxy like a sea monster on an orbit that intersected with the Sun’s some 13 million years ago.

For now, astronomers don’t know how old this structure is, how permanent it is, or how it formed. A smack from a dwarf galaxy might have created it, or perhaps things interacting within the Milky Way itself. “What I can say is that it has produced tens of thousands of stars already, and new stars are being born still,” Zucker says.

You can learn more about the discovery on the team’s website. Note: do be patient with the visuals, they take time to load. You can also watch a deep dive into the results by Dr. Becky Smethurst on her YouTube channel. 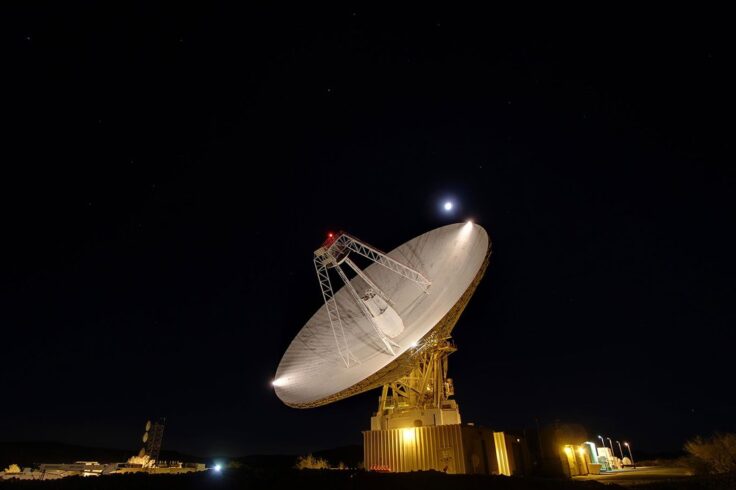