If you want immortality as an amateur astronomer, there's no better way than to discover a comet — which then will be named after you. You can improve your standing by finding more than one such interloper. Even better would be to make sure one of your comets goes out in a blaze of glory after making a kamikaze plunge toward the Sun. And to really top the charts, be the only amateur ever to discover comets with telescopes on the ground and in space. Such a person actually exists. 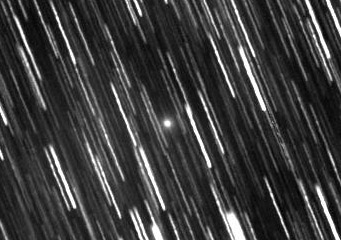 
Terry Lovejoy
On November 27th (Universal Time), Terry Lovejoy was patrolling the southern sky from his observatory in Thornlands, a suburb of Brisbane, Australia, when his CCD camera snapped up a 13th-magnitude smudge gliding eastward through Centaurus. "It was the first comet I have found with my new equipment setup," Lovejoy relates in an online posting. "I now use a C8 Schmidt-Cassegrain scope working at f/2.1 with a QHY9 CCD camera. This gives me a field of view of a 4.5 square degrees."

The discovery images were buried among 600 images of 200 fields he'd recorded that morning. "On one set of images I noticed a rapidly moving fuzzy object," he recounts. "As I was unsure this was real, I noted the positions and wrote a brief comment 'Possible reflection' before proceeding to search more images." He recorded the mystery object again on the 29th. Still there — and obviously not a reflection. On December 2nd the IAU's Minor Planet Center made it official: Lovejoy had bagged his third comet, designated C/2011 W3.

This discovery comes 4½ years after the Aussie amateur's second and third finds, C/2007 E2 and C/2007 K5, which turned up on images he'd taken with a 200-mm lens. His first, C/1999 O1, doesn't bear his name but rather that of SOHO — the Solar and Heliospheric Obsevatory — because Lovejoy spotted the object passing near the Sun in SOHO's images.

What's got folks buzzing about the most recent Comet Lovejoy isn't how bright it is: a 13th-magnitude comet won't raise many eyebrows. Instead, observers are fixated on where it's headed in the days ahead. Perihelion will come on December 16th at a point just 0.005652 astronomical unit from the Sun's center, that is, a mere 116,000 miles (186,200 km) from the searing solar surface.

C/2011 W3 is what's known as a Kreutz sungrazer, named after the German astronomer who proved that they are all pieces of a much larger comet that broke up centuries ago. SOHO has recorded 1,100 comets passing near the Sun, a large fraction of which were sungrazers. But Lovejoy's find is the first discovery of a sungrazer from the ground since 1970! (For you numerologists, the MPC's discovery announcement came 16 years to the day after SOHO's launch on December 2, 1995 — an interesting coincidence.)

So what will happen to Comet Lovejoy over the next two weeks? For one thing, it's going to brighten a lot — but by how much? "Cometary brightness predictions are fraught with massive uncertainties," warns Timothy Spahr, the MPC's director. Still, there's a friendly little online competition among comet cognoscenti to predict the peak magnitude. The smart money is lining up for something between -2 and -4, by which time the comet will be much too close to the Sun to be seen visually.

But SOHO has no such problem with solar glare. The comet's trajectory should put it within view of the spacecraft's wide-angle (C3) coronograph on the 14th and its narrow-angle (C2) counterpart late on the 15th. It might first appear in the HI1 camera of STEREO-A, another orbiting sentinel, as early as the 12th.

Of course, all this speculation presumes that the comet actually survives to perihelion. Right now it's about 11th magnitude, putting it within telescopic range of far-southern visual observers. "C/2011 W3 appears to be only modestly condensed, at best, [and it lacks] any obvious stellar nucleus, even a very faint one," notes comet maven John Bortle. "In my mind this does not bode particularly well for this diminutive object."

We'll all find out soon enough. Comet Lovejoy won't likely match the amazing performance by Comet Ikeya-Seki in 1965, arguably the greatest sungrazer of the past century. But Bortle cautions, "Let's all keep in mind that C/2011 W3 is no more than a tiny cometary shard and apparently some 7 full magnitudes (!) fainter than Ikeya-Seki was intrinsically."

I suspect Terry Lovejoy would be thrilled just to see his namesake survive perihelion. In fact, I suspect he'll be thrilled regardless of its fate.

All were found using a photographic surveying method

Congratulations on the great find Terry. 🙂 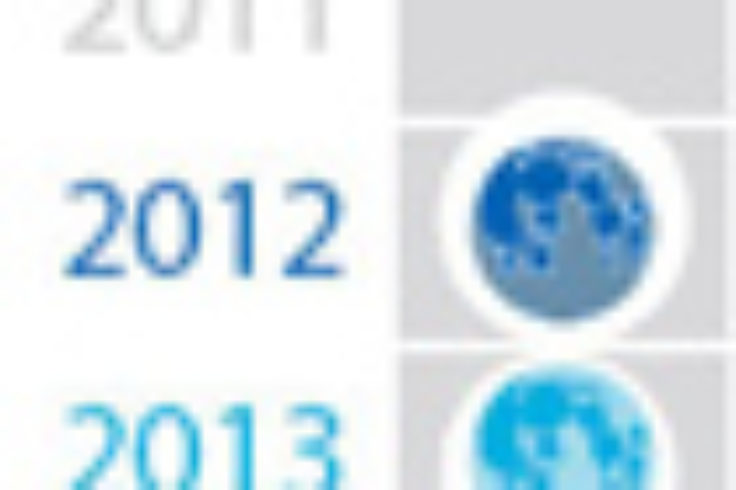