Late last week several professional and amateur astronomers reported a possible 13th-magnitude supernova within the outer arm of the barred spiral galaxy M95 in Leo. Italian observer Paolo Fagotti was the first to call attention to the outburst on March 16.86 Universal Time. Although early reports quickly established that the star had brightened as much as six magnitudes in the previous three days, it was unclear if the star was a supernova or a cataclysmic variable star. If it had been the latter, the star could possibly have been in our own Milky Way galaxy. 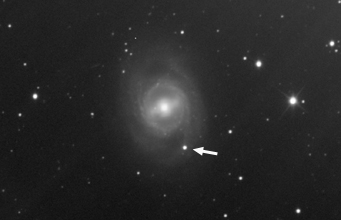 Supernova SN 2012aw (pointed at by arrow) is located in the outer arm of the barred spiral galaxy M95 in Leo. Greek amateur Anthony Ayiomamitis obtained this view on March 20th from his home outside of Athens.

Spectral analysis soon revealed that the outburst was indeed a type-IIP supernova in M95. (The “P” means that the explosion’s brightness hits a “plateau” for several days before fading away.) It was assigned the designation SN 2012aw on March 20th, and appears about 2 arcminutes southwest of M95’s nucleus.

Supernovae in external galaxies aren’t the headline news they once were, but this one is in a well-known galaxy that is relatively nearby (estimated to be about 38 million light-years from Earth). Furthermore, the outburst has remained at mid-13th magnitude for several days and is teetering on the verge of visibility in modest backyard telescopes under suburban skies. From my observatory on the evening of March 22nd, the supernova was quite visible at 170x in a 12-inch Dobsonian reflector, and it was unmistakable in a 16-inch Schmidt-Cassegrain at 450x.

M95 is unusually easy to locate at present, since brilliant Mars is only about a degree northwest of the galaxy. 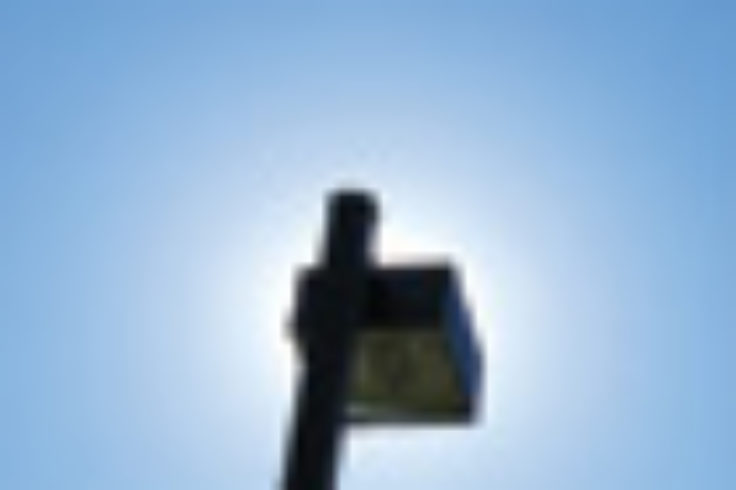