The best occultation of a star by Pluto ever predicted for North America will occur between 10:40 and 11:00 Universal Time (UT) Sunday morning, March 18th, in northern and possibly central Mexico, the western and central USA, and southwestern Canada. The star is comparable in brightness to Pluto, with mag. V = 14.9 and R = 14.1. Since the motion is relatively slow, useful astrometric observations of the occultation might be made with telescopes of 10-inch aperture or greater, especially with integrating video cameras like the StellaCam II, and I think that the signal-to-noise ratio might be good enough to measure Pluto's atmosphere with telescopes of 16-inch aperture or greater with video (especially integrating) observations, where the integrations might be done over 4, 8, or even 16 frames.

It may be possible to make useful observations from where astronomical twilight is just beginning, in Manitoba, Minnesota, Iowa, Missouri, Arkansas, and Louisiana, and certainly west of there, where the sky will be dark; east of those places, the twilight may be too bright, though Wisconsin, Illinois, and Mississippi have a chance. Low altitude will hamper observations in Washington State and southern British Columbia.

Maps, detailed finder charts, observing tips, and much other information about this event are on Bruno Sicardy's website at http://www.lesia.obspm.fr/~sicardy/18_march_07/. Due to the great distance, there's still a fair amount of uncertainty in where the actual path will be, as can be seen from the different predictions portrayed on Sicardy's website, but at least the uncertainty is relatively small compared to Pluto's diameter so that observers throughout the "lower 48" US states and northern Mexico have a very high chance for an occultation.

Let us know your plans to try to observe this occultation (size and location of telescope that will be used, and recording method) to try to coordinate coverage of the event, to try to prevent duplication of fixed- site chords by mobile observers. Now that Pluto and the star are close enough together, accurate astrometric observations with long focal-length telescopes may be possible (especially after the lunar phase decreases enough) to refine the prediction of the central line.

Any major updates will be announced via subsequent AstroAlert messages. Good luck, and clear skies!

Note added March 20th: I know of 19 observatories that recorded or otherwise observed the occultation by Pluto last Sunday morning; information about them, and preliminary results, are at http://iota.jhuapl.edu/pluto.htm. I'll update that website as I learn more. 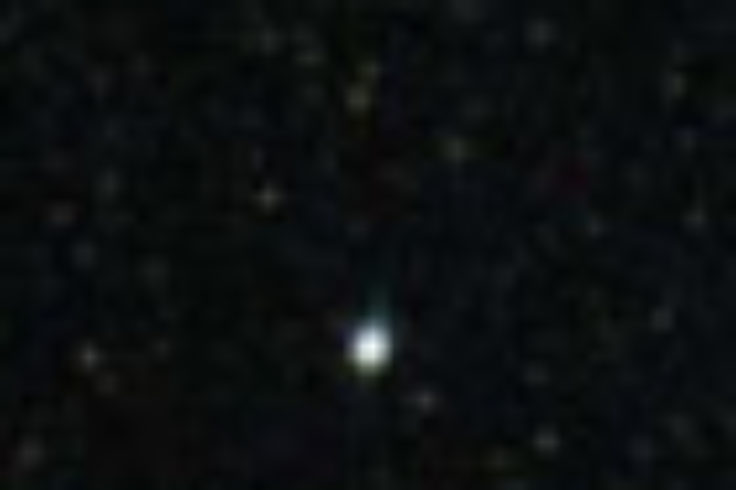 Spectacular Occultation and Graze of Regulus