Born on March 30, 1954, to Ruth and Raymond Reynolds in Jacksonville, Florida, Mike was the oldest of three children. While in elementary school on May 5, 1961, seven-year-old Mike watched the live broadcast as Alan Shepard flew on Freedom 7 — NASA’s first human spaceflight. He later pointed to this as one of the seminal moments of inspiration that led to his lifelong interest in astronomy and space exploration. It was also around 1961 that he got his first telescope, a 3-inch Gilbert Newtonian. He kept the telescope for the rest of his life.

Mike lived his childhood in Jacksonville, graduating from Duncan U. Fletcher High School, where he met the love of his life, Debbie Thompson. They married soon after graduation, and Debbie recounts one of her favorite memories of Mike from just after their wedding:

“On our honeymoon, we traveled to Winnipeg in the dead of winter to witness a grazing occultation. It was freezing cold, but Mike had become fascinated by watching a star blink in and out as it crossed the edge of the Moon’s mountains and valleys. You know, many would not have found this to be [a] particularly memorable or enjoyable way to spend a honeymoon . . . but even though I wasn’t an astronomer, I loved it.”

As they settled in to build their lives in Jacksonville, Mike worked three day jobs (teaching, UPS, and yardwork) while studying at night to earn his bachelor’s degree in natural sciences at Thomas Edison State College. He then got a master’s degree in science from University of North Florida in Jacksonville. In 1981 he began his career as an educator at the same high school he graduated from, and in 1986 he was awarded Florida Teacher of the Year.

In 1984, President Ronald Reagan announced the Teachers in Space Program to fly educators aboard NASA’s Space Shuttles. Mike Reynolds applied along with 40,000 other applicants. By the next year, Reynolds was selected as a leading candidate and began astronaut training at NASA facilities. His fellow educator and friend, Christa McAuliffe, was chosen to fly; he was watching from the launch site when she and six other crew members lost their lives in the Space Shuttle Challenger disaster in 1986. It was a turning point for him: With a new sense of how precious each day is, he left his teaching position at the high school and took an outreach position created in McAuliffe’s honor by the Florida Department of Education and NASA. Later, Mike became Planetarium Director at the Museum of Science and History in Jacksonville.

Mike finished his doctorate in science education and astronomy in 1990, and he, Debbie, and their two children, Aimee and Jeremy, moved to California in 1991. There, he became CEO and executive director of the Chabot Space and Science Center and modernized and resurrected the facilities, helping to obtain millions of dollars to relocate the original historic telescopes and build an 88,000-square-foot state-of-the-art museum in Oakland that has served untold numbers of visitors.

I met Mike and Debbie when I visited the science center in 2001. I was working in sales for Meade Instruments at the time, and Mike was interested in selling telescopes in the gift shop. We hit it off immediately, and I visited Chabot as often as my schedule allowed.

It was during one of these visits that I suggested to Mike that the annual Astronomical League Conference (of which Mike and I had already attended many) would be more dynamic if several organizations came together at once. Ever willing to take on a project, Mike agreed and in 2004 he pulled together the American Association of Variable Star Observers, the Association of Lunar and Planetary Observers, the Astronomical Society of the Pacific, and the Astronomical League. This mega conference was hosted by three astronomical societies, and the speaker’s list read like a who’s who of astronomy and space exploration. People who were there still talk about it as a mind-blowing experience.

Mike was a meteorite expert and even discovered a rare meteorite buried in the ice in Antarctica. He also prepared museum-quality meteorite specimens, some of which were displayed at Chabot. Together we developed a meteorite kit that we sold through Meade Instruments and later through Explore Scientific. Mike provided the meteorites and the technical details about them, and I researched and wrote the stories behind the meteorites.

Chabot was running smoothly, with Mike heading up arguably the crown jewel of science centers in California. One would think that his life was set. But both Mike and Debbie’s mothers were experiencing health issues back in Jacksonville, and ultimately they decided to return home. I still remember when he called to tell me. Family comes first, he said. Six months after moving back, Mike was hired as an astronomy professor at Florida State College.

Mike’s accolades would fill paragraphs. He was president of the Antique Telescope Society, a member of the American Astronomical Society, and a Fellow of the Royal Astronomical Society. He served on the boards of several national nonprofits, coordinating the Astronomical League’s Outreach Award Program until 2015. He wrote many articles as a corresponding editor of Astronomy magazine as well as popular books on eclipses, binocular astronomy, and meteoritics, and he led eclipse and meteorite expeditions around the world. He also received many recognitions and awards, including the G. Bruce Blair Medal, a Fellowship with the Royal Astronomical Society, and the Leslie Peltier Award. Mike was also honored with asteroid 298877 Michaelreynolds, which was discovered at Jarnac Observatory by David Levy, Wendy Levy, and Tom Glinos on September 24, 2004.

My friendship with Mike started with a shared passion for educational outreach and astronomy, but as I got to know the man, I developed great respect and admiration for him. Looking over all of his accomplishments, dedication, loyalty, sacrifices, and hard work, it’s hard to imagine that someone could do so much in such a short time, and it’s humbling when you realize the sum of his legacy. I can think of no better way to honor Mike’s life than to continue to share the experience of looking at the stars, and to inspire others to see life from a perspective that helps them realize that anything in the universe is possible.

Dr. Mike was my co-teacher, mentor, dean, and most of all dear friend. He encourage me to obtain a Masters in Astronomy which I did and I had the privilege of teaching with him in his final hybrid classes. He always said " I am just a space cadet" and never let things get him down. The word "No" was never in his vocabulary as he always volunteered to bring the universe of astronomy to his students and the general public.

To keep his legacy going do "Keep Looking Up!"

Have known Mike from NEFAS and Merry and I working with him in SERAL in preparation for the 1984 annual solar eclipse. He was a real hero for all amateur astronomers and astronomical educators and planetarium directors, not just for his work on the astronaut program for NASA Shuttle mission, but also for his leadership in ALPO, AL, and space education. For the last six years, I worked with him on making meteorites available for our astronomy/earth/space science classrooms. We talked often about collecting and displaying space rocks, and he made about 40 meteorite kits for our classes at Pensacola State College and the University of West Florida. I saw he recently was making smaller, more affordable kits for class use through Astronomy magazine, which he contributed articles in as well. I was greatly saddened to hear of his loss in the prime of his career and innovations in astronomy education. He will be sorely missed by the astronomical educational community!

I had the pleasure of knowing this friendly man in a class at our church in California. Later on, we staged a banquet royale for his gathering of many pastors' blessing just before the observatory opened in Oakland, California. He was so down to earth it leaves me in awe to know his infinitesimal pursuits.

In the photo with the telescope, Dr. Reynolds is pictured with Chabot Observatory's 8-inch Alvan Clark and Sons refractor, donated to the city of Oakland by Anthony Chabot in 1883. This telescope has been available for free public observing for 136 years! The observatory also has a 20-inch Warner and Swasey refractor and a modern 36-inch Cassegrain. The observatories are open to the public, for free, every Friday and Saturday night, weather permitting, although they are sometimes reserved for private events.
Visiting Chabot Space and Science Center would be a fitting way to honor Dr. Reynolds' legacy.
https://chabotspace.org/on-the-passing-of-dr-mike-reynolds/ 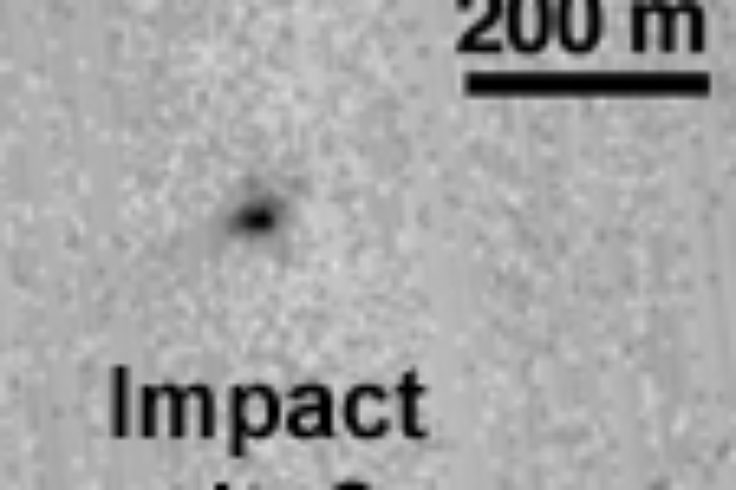 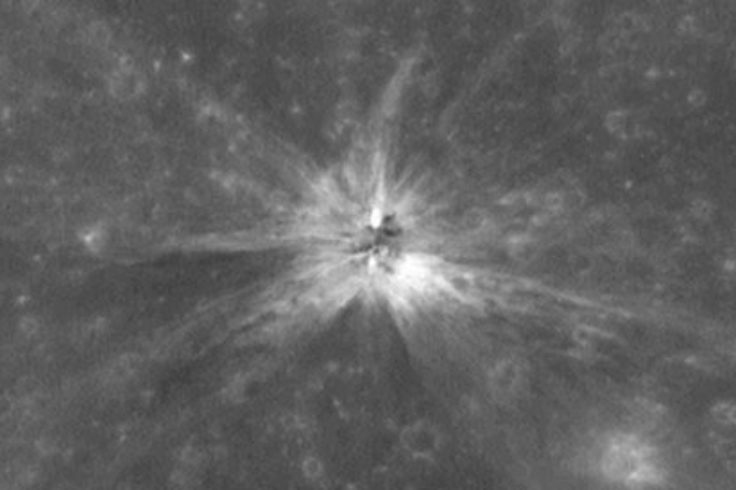 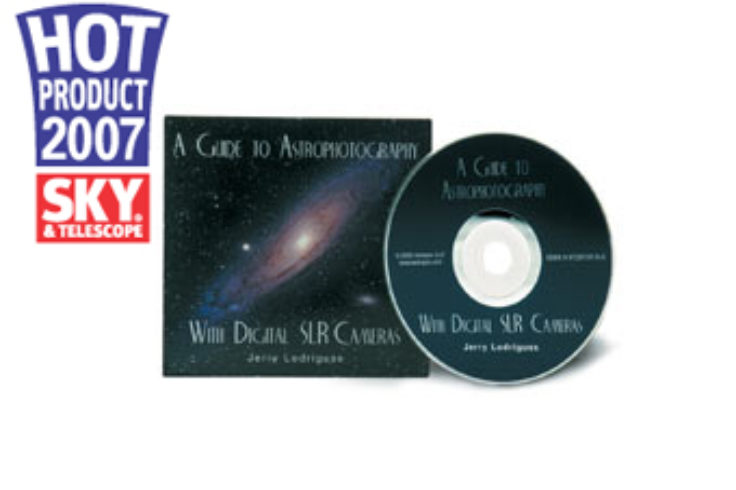 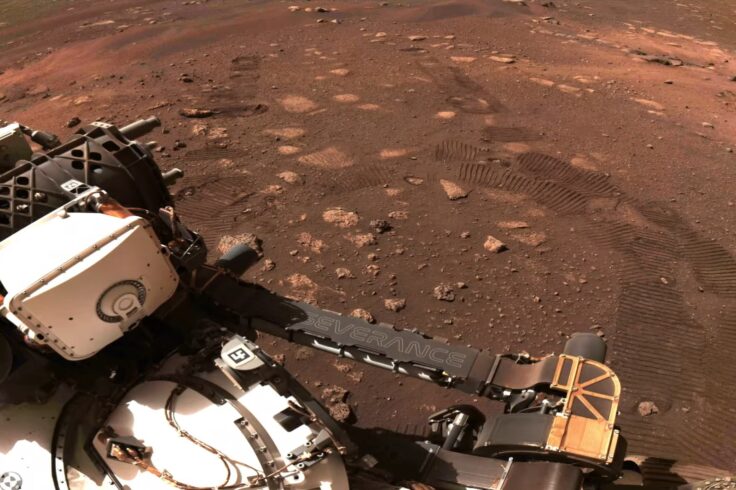