Some academic and citizen-science groups came up with neat initiatives for eclipse day. Let’s find out how they did.

The eclipse is finally over. Millions of people across the U.S. had the opportunity to see it from the path of totality, or at least got a partial view of the Moon as it passed in front of the Sun. But certainly everyone will want to take a second look, particularly if it offers a different point of view or an imaginative way of witnessing the rare event.

Luckily, a few citizen-science groups came up with great ideas to observe the great American eclipse with scientific goals in mind — in some cases creating nice visuals along the way.

The idea behind this project was simple: Recruit volunteers using their own photographic equipment to film the total phase of the eclipse as it moved across the U.S., then stitch the images together to create a 90-minute sequence. Being able to watch the solar corona for a longer period will allow scientists to learn more about the Sun’s magnetic behavior.

Led by researchers at the University of California, Berkeley, in collaboration with Google, the organizers expected to recruit and train around 1,000 observers, each hopefully equipped with DSLR cameras, tripods, and telephoto lenses. Additionally, they released an app people could install in their smartphones to use their device’s cameras as well. The app gave instructions to help users to aim their cameras at the Sun at the right angle, guided by the phone’s own compass.

However, putting the movie together seems to be more challenging than its creators had foreseen.

Many observers at remote locations didn’t have reliable internet connections; it’s taking them a while to upload their pictures. Then there is the challenge of putting together images taken with almost as many possible combinations of cameras and lenses as there were photographers. “This is the true challenge — to make them similar and aligned correctly so that we can see changes in the corona. We found out just how hard with these first 5,000 photographs from the trained volunteers that have come in, many with incorrect timing, “said Laura Peticolas (University of California, Berkeley), who oversees the educational aspects of the Megamovie project.

The team promised to release the first version of the Megamovie on the afternoon of the eclipse day. Things got slightly delayed and the first version came later that night. By August 23rd they are already in the third revision of the Megamovie, labeled "Version 0.3," crediting 290 participants. The results are a bit underwhelming, though: A succession of static images of the solar corona at totality that in some cases look very different from one to the next. “More movies will be made over the next year, using DSLR photographs from people who were not part of the trained volunteers and perhaps also with the cell phone photographs,” Peticolas says.

As to the cell phone images, Jim Spadaccini, CEO of Ideum, the company that developed the mobile app, says they have collected some 55,000 images and more than 200 gigabytes of data so far. There aren’t specific plans to release a second Megamovie based on the cell-phone images, but they will be used for scientific research, according to Braxton Collier, developer of the app.

Here’s a look at the latest version:

The Citizen Continental-America Telescopic Eclipse Experiment, or Citizen CATE for short, had a similar idea but took a different approach. Instead of relying on volunteers’ equipment, the organizers, supported by the National Science Foundation and the National Solar Observatory, provided telescopes and training to 68 teams of collaborators chosen from university groups, high schools, and citizen scientists distributed along the path of the eclipse.

Their goal was also to produce a 90-minute movie of totality, but compared with the Megamovie, their approach has the potential to yield homogeneous data that will allow for more meaningful scientific use.

“I am overjoyed with the results,” says Citizen CATE’s chair Matthew Penn (National Solar Observatory). They already have usable observations from 56 of their sites, with clouds only blocking the view in five of the locations. They are still waiting for images from seven teams. “We got excellent data at our first site on the Pacific and our last site on the Atlantic, so our coverage is as long as it could have been.”

The Citizen CATE team has already released some sample pictures on their website. “We'll be presenting our first science results at the AGU meeting in New Orleans in December and AAS meeting in January,” Penn said, “but we're planning to have better movies well before that.” So, stay tuned to their website for the videos.

Why settle with watching the eclipse from the ground when you can do it from the stratosphere? That was the premise of the Eclipse Ballooning Project, an initiative coordinated by Montana State University and supported by a grant from NASA.

On eclipse day, 54 teams from universities across the country released weather balloons fitted with video-streaming equipment to cover the eclipse in real time. NASA broadcasted the view on their website.

Many of the payloads also carried student-designed experiments, as well as samples of bacteria provided by NASA in order to study how well these microorganisms fare in the stratosphere.

MSU has released a video that sums up the initiative and shows some of the footage collected by the balloons. The organizers don’t have any science results yet, however: The teams will have to recover their payloads first. 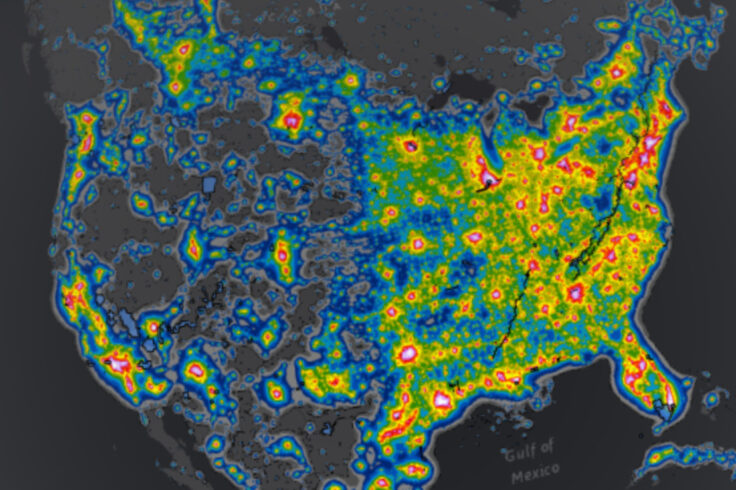 The Holmdel Horn That "Heard" the Big Bang Is at Risk 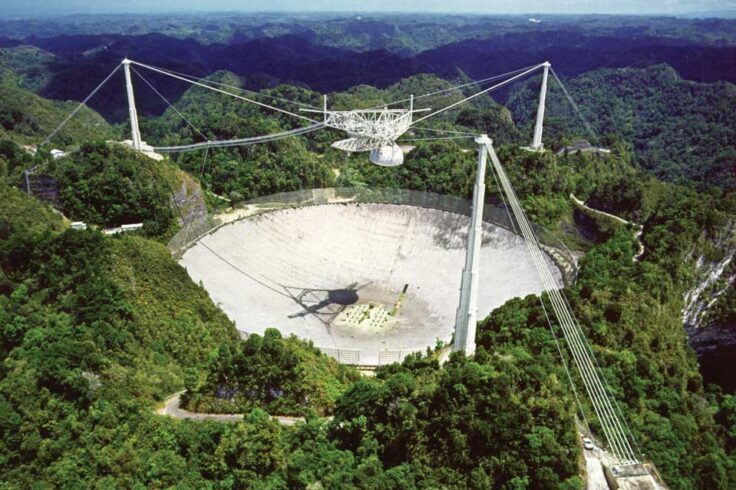